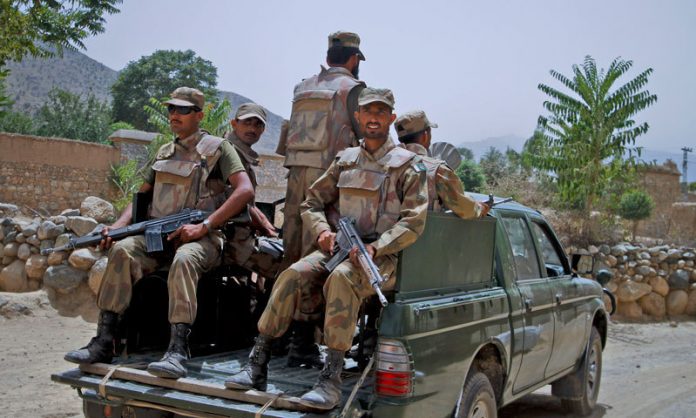 PESHAWAR: Four terrorists were killed as the security forces foiled an attack on the Frontier Corps (FC) training centre in Loralai district of Balochistan on Tuesday.

According to the Inter-Services Public Relations (ISPR), the terrorists tried to enter the administrative centre of FC in Loralai. The terrorists were stopped at the gate after which they opened fire and entered the compound. The security forces responded effectively and foiled the attack.

“Pakistan Army troops shot down Indian spy quadcopter in Bagh sector along Line of Control. Not even a quadcopter will be allowed to cross the LoC, InshaaAllah,” the military spokesman said in a tweet.

Pakistan Army troops shot down Indian Spy Quadcopter in Bagh Sector along Line of Control. Not even a quadcopter will be allowed to cross LOC, In Shaa Allah. pic.twitter.com/CIT2ORe9eA

From the pictures shared on the media, it seemed that the quadcopter being used was of the commercially available variety of drones. The spy drones are used for aerial photography.

Earlier, the Foreign Office summoned the acting deputy high commissioner and protest was lodged with him over continuous ceasefire violations at the LoC and working boundary.

As per an agreement between Pakistan and India, both the countries also exchanged the lists of nuclear installations and prisoners. Media reports said 2018 was the deadliest year in the Indian Held Kashmir (IHK) in the last decade in terms of casualties both from the fighters, civilians and Indian security forces.