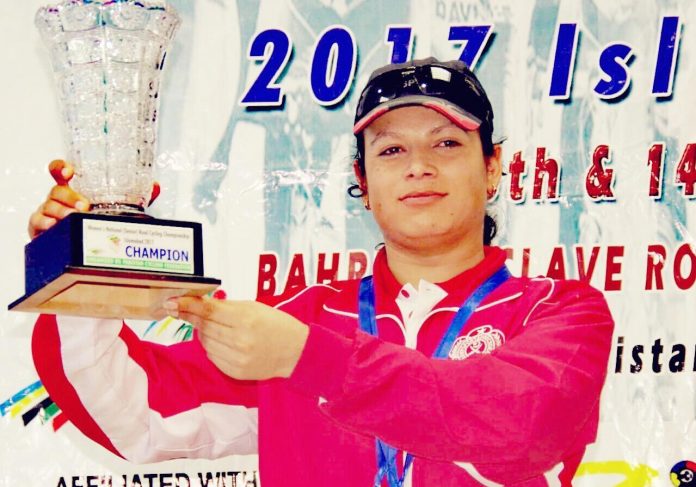 PESHAWAR: Sabiha Zahid, four-time national champion in cycling, died of cancer at a military hospital in Rawalpindi on Sunday.

32-year-old Sabiha, hailing from Haripur, was battling with cancer and lost the battle of her life at 2:00am on Sunday. She was under treatment at a military hospital in Rawalpindi. Her funeral prayer was to be held in village Pinyan of Haripur at 3:00pm.

She was basically the cyclist of the Pakistan Army team. Her death left her family members, fans and supporters extremely saddened.

Her death is also a great loss of Pakistan Cycling Federation (PCF). The office-bearers of the PCF in a message expressed their condolences and prayed that Almighty Allah to rest the departed soul in eternal peace and give patience to the bereaved family to bear the irreparable loss with equanimity.

A local leader of the Pakistan Tehreek-e-Insaf (PTI) was shot dead over a monetary issue in Mardan on Saturday.

The PTI president for Union Council Chamtar Alamzeb was in his vehicle on Charsadda Road when he was shot dead. Police on the report of Pervaiz, brother of the deceased, has filed a report against the accused, Zaffar and initiated investigation.

Pervaiz alleged that Zaffar along with his accomplice, who were wearing masks, came on a motorcycle and opened fire on his brother due to which he died on the spot. He said the assailants fled after commenting the crime. He said the incident happened due to a monetary dispute.

Meanwhile, one person was killed and his two brothers were injured in a firing incident in Lakki Marwat on Sunday.

The incident happened in the jurisdiction of Ghaznikhel Police Station. The cause of the incident could not be ascertained.

Meanwhile, a search operation was carried out in different parts of Kohat during which 67 suspects were arrested, police said. Arms and narcotics were also recovered from the possession of some of the suspects.