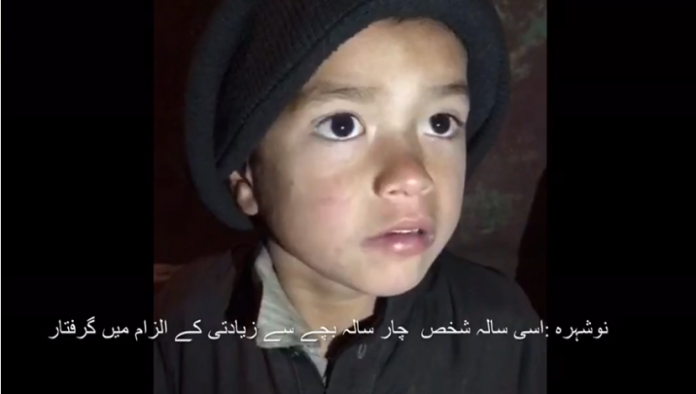 NOWSHERA: Another incident of sexual abuse of a child surfaced in Nowshera on Friday and this time the accused is a 60-year-old person.

Salman, the father of the victim child told police that he was told by his son when he returned from work that an elderly person has subjected him to sexual abuse. Police after filing the report sent the child for medical test at the District Headquarters Hospital and arrested the accused within few hours.

Police said the accused confessed his crime during initial investigation. He was presented in a local court on Friday which gave his two-day physical remand for interrogation.

Local people told TNN correspondent that the accused is known for his objectionable activities. However, it is first time someone has properly lodged a complaint against him. It is fifth incident of sexual abuse in Nowshera during the last one month which is an alarming issue for the district police and area people.

District Police Officer (DPO) Mansoor Aman said the increasing incidents of sexual abuse of children are a matter of grave concern. He said such incidents can be curbed by joint efforts. He urged the Ulema, area elders and social activists to play their role in creating awareness among the people about this issue.

MARDAN: The students of Working Folks Grammar School in Takht Bhai on Friday staged a protest demonstration and blocked the main Malakand Road against the murder of a female 10th grade student.

Sixteen-year-old Laiba, a 10th grade student of the school, was going to attend a tuition class after coming back from her school on Thursday when she was shot dead by unidentified armed man in Takht Bhai College Colony. Irshad, father of the slain girl, registered a case of the incident and told police that he has no enmity with anyone. Police filed a case against unknown killer and initiated investigation. 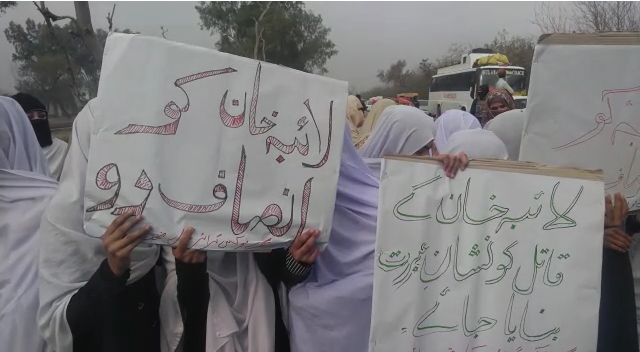 A police team arrived at the scene and assured the protesting students that the killer of Laiba will be arrested soon after which they dispersed peacefully.