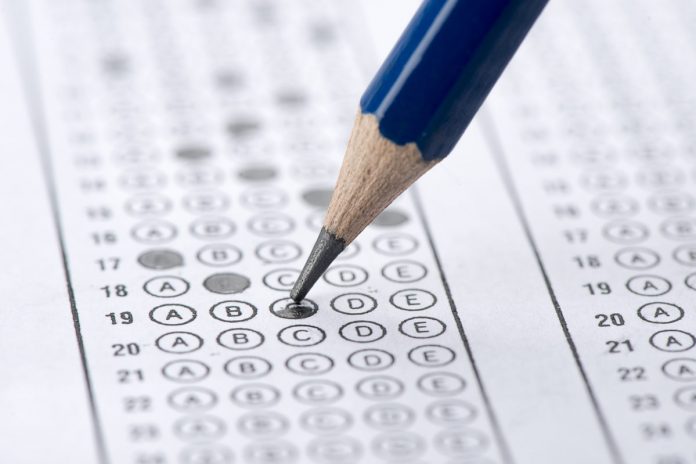 The test for recruitment of police constables was organised by the Educational Testing and Evaluation Agency (ETEA) at a private wedding hall in DI Khan on Sunday. As many as 1,305 candidates took part in the exam amid tight security arrangements.