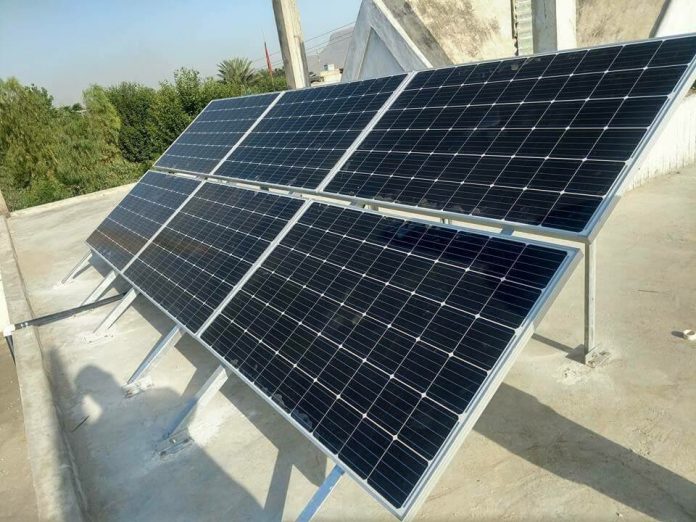 PESHAWAR: As many as 300 mosques have been solarised in the newly merged tribal districts and work has been initiated on solarisation of 4,000 more mosques in Khyber Pakhtunkhwa.

Tenders have also been issued for the solarisation of 8,000 schools and 187 basic health units (BHUs) in KP. This was revealed at a performance review meeting of the Energy and Power Department chaired by Chief Minister Mehmood Khan, says an official statement.

The meeting was informed that 94 percent work on Jabori hydropower project in Mansehra has been completed and the remaining work would be completed by the end of 2020. The project, on completion, will generate more than 71GW electricity per year.

The meeting noted that the Executive Committee of National Economic Council (Ecnec) has approved 157MW Madian and 88MW Gabral power projects under the KP Hydropower and Renewable Energy Programme. Work on the 300MW Balakot project will start next year.

Chief Minister Mehmood Khan expressed satisfaction on the overall performance of Energy and Power Department, and directed the high-ups of the department to ensure timely completion of all the ongoing projects. The meeting was also informed that the newly-established KP Transmission and Grid System Company had been registered with Securities and Exchange Commission of Pakistan (SECP).

The chief minister said the KP government is working on a number of mega hydropower projects, which would help overcome the energy crisis in the province.