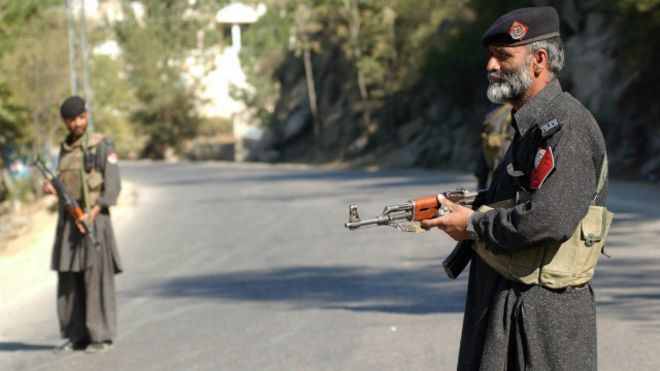 PESHAWAR: As many as 4,000 Levies and Khassadar personnel, who have been integrated into Khyber Pakhtunkhwa Police, will get training under the Pakistan Army.

According to a notice issued by the Directorate of Police Training KP, the Pakistan Army instructors will provide training of salute, shooting, physical drill etc to the policemen of merged tribal districts during the three-month session.

Along with the Pakistan Army trainers, the expert trainers of KP Police will also provide basic training to the integrated Levies and Khassadar personnel. Seven instructors from KP Police will provide training in basic policing, KP Police Act, investigation etc. The services of Frontier Corps (FC) officers will also be utilised for this purpose.

After completion of training of the first batch, the remaining personnel will be provided training in next batches. Nearly 200 personnel from FR Peshawar have also been invited for the training who are currently deployed at Shamshatu, Alikhel, Ziara, Bora Exchange and BHU Pastani areas.

About 9,000 Levies and Khassadar personnel were integrated into KP Police two months ago. Now they are part of KP Police and entitled to all privileges and benefits like seniority, promotions etc.

The purpose of arranging training for the newly-integrated personnel under the Pakistan Army is to raise their standard according to modern day challenges and tasks expected from the security personnel. There was no policing system in tribal districts before the merger with KP and Levies and Khassadar personnel were performing duties without formal police training.

Now a full-fledged policing system has been established in the merged districts. After completing training under the Pakistan Army and police, the trained personnel will be able to perform their duties in a befitting manner. The integration of Levies and Khassadars into KP Police was one of the main agendas of merger of erstwhile Fata with KP.