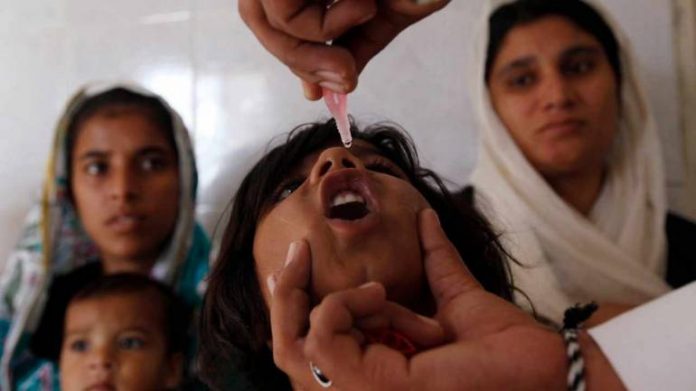 PESHAWAR: To vaccinate forty thousand children against poliovirus in district Orakzai, the government of Khyber Pakhtunkhwa has constituted 215 teams for the upcoming anti-polio drive in the district.

The agency surgeon of tribal district Orgakzai, Dr Nawab Ali while talking to news reporters on Wednesday said that the three-day anti-polio drive will begin from January 21 during which 40328 children will be vaccinated in the district. “We’ve completed all requirements and experienced staff has been deployed to achieve the task in a satisfactory manner,” said Nawab Ali. He added that the teams will work under the 54 areas supervisors in all the four tehsils of the district.

The official said that on the directives of the directorate of health services FATA; all the efforts will be made to vaccinate the children in every part of the tribal district. Dr Nawab Ali said that the religious scholars and Ulema have a very important role in creating a suitable environment and awareness among the tribal people that there is nothing harmful in the polio drops.

He stressed the Ulema to inform the public that these polio drops are the only panacea against the crippling diseases of polio. Though the whole world has eliminated it, the virus still exists in Pakistan which can only be completely eradicated through polio drops. In a recent case surfaced in Bajaur district, the government officials said that the father of victim child would use to hide his son whenever the team would arrive at his home, however, he would vaccinate his daughters.

Dr Nawab Ali said that due to the continuous efforts of the polio team members and government efforts, for the last nine years, there has been no polio case detected in the tribal districts of Orakzai. The health official said that the staff has been properly trained and special instructions were given for vaccinating every child in every part of the district.