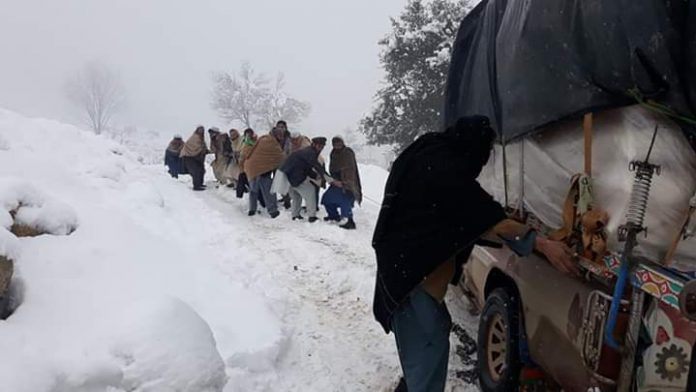 PESHAWAR: At least 41 people lost their lives as rain and snowfall continued in different parts of the country, including Khyber Pakhtunkhwa, on Monday.

Heavy rain and snowfall was reported in Neelum, Leepa, Kel, Muzaffarabad and Nakial area of Azad Kashmir due to which the weather turned extremely cold. In Neelum Valley, 15 people died and as many other sustained injuries as avalanches fell in five different areas.

Police said 11 people have been buried under an avalanche in Sargan area of Neelum Valley. One person died was wall of his house collapsed in Palandari area. Four people died as roofs of houses collapsed in Sukkur and Rajanpur.

According to Provincial Disaster Management Authority (PDMA) Balochistan, 17 people, including five children, died in roof collapse incidents in Zhob, Pishin and Khanozai. Five people died because of suffocation due to gas leakage in Saryab.

Balochistan Chief Minister Jam Kamal said a difficult situation is being witnessed in the province due to record snowfall. Emergency was also declared in the affected parts of Balochistan due to the prevailing situation. He said Quetta-Chaman Highway has been opened for light traffic after clearing of snow. 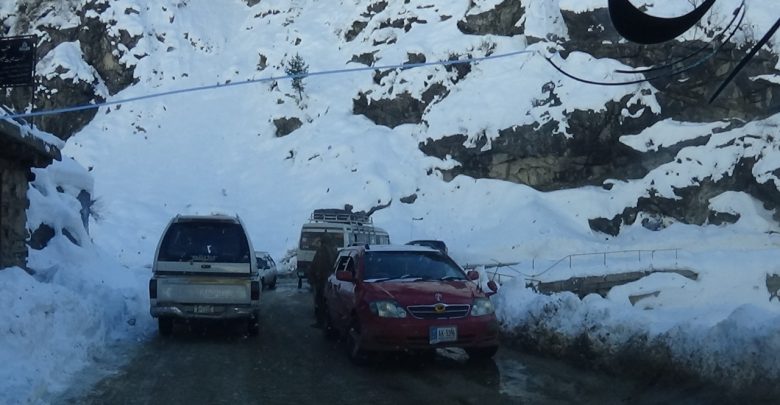 Several feet snowfall has been recorded in Gilgit-Baltistan, due to which roads are blocked. In Chitral, Lowari Tunnel is closed after two and a half feet snowfall. Roads in Booni, Mastuj, Garam Chashma, Kalash, Malkhao and Torkhao are also closed with snow. Snowfall also continued in Malakand Division, Bajaur, Khyber, Mohmand, Orakzai, and Waziristan. Snowfall was also continuing with intervals in Kaghan, Naran and Shogran areas of Mansehra. Silk Route was blocked due to land sliding at various spots in Kohistan due to which hundreds of passengers were stranded.

The life has also come to a standstill due to continuous snowfall in Murree. Roads are also closed in Nathiagali, Ayubia and Changa Gali due to snowfall. Tourists are also facing difficulties due to heavy snowfall and land sliding at different tourist spots.

TNN correspondent reported from Orakzai district that roads are blocked and power supply disconnected for the last three days due to heavy snowfall. People’s problems have increased with heavy snowfall and they are opening these roads on self-help basis.