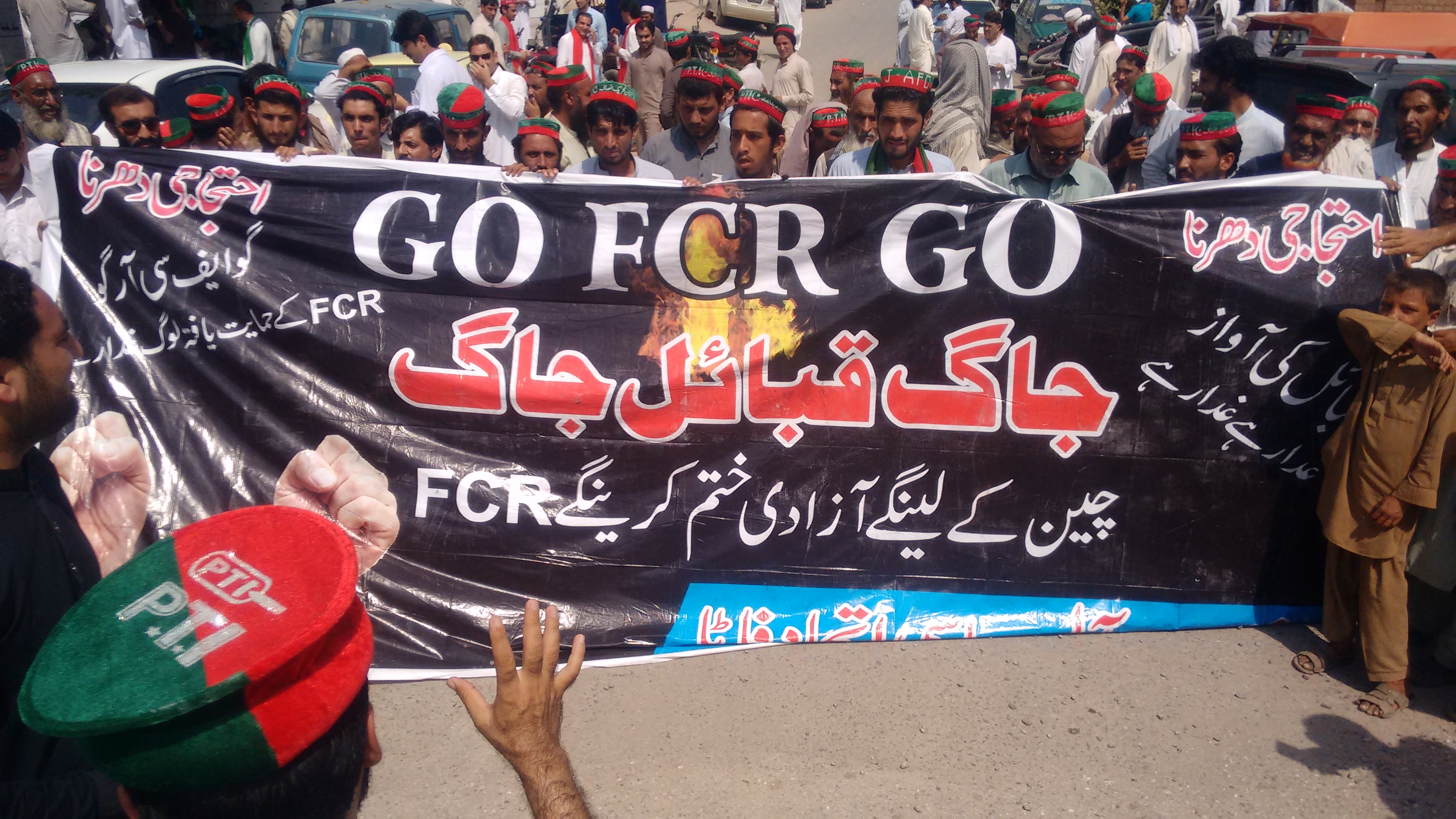 PESHAWAR, 08 September: The leaders of FATA Political Alliance staged a protest demonstration against some of the recommended reforms in Federally Administered Tribal Areas (FATA) here in front of Peshawar Press Club on Thursday.

They demanded that implementing the proposed Riwaj Act or other similar laws in FATA should be avoided. They asked the government to extend the 1973 constitution to the region forthwith in order to bring FATA people at par with rest of the countrymen.

The leaders of the alliance also opposed 10-year deadline for the merger of FATA with KP and demanded that tribal areas should be integrated into the province immediately.

Later, the protestors marched from press club to governor house wherein representatives of all the political parties of the province joined them.