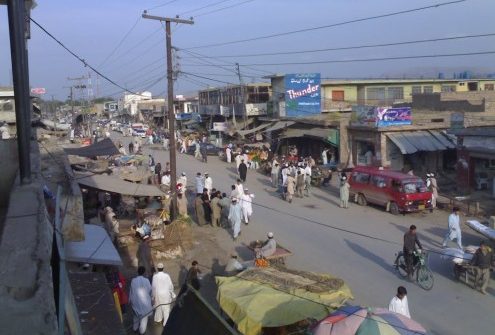 HANGU, November 14: The food department has arrested around 47 shopkeepers and imposed heavy fines on them for overcharging customers in Hangu.

Mr Salahud Din, the controller of food department, said they carried out the raid after they received complaints from the local residents.

He said the arrested shopkeepers were released after being fined. He said shopkeepers would be imprisoned if they continued with violating the rules and overcharging the clientele.

On the other hand, the shopkeepers said the administrative authorities only take action against poor people and that they do not say a word to the ones having strong backing and influence.

“The officials asked me the price of tomatoes per kilogram, for which I mentioned the prices of all the vegetables to them. My rates are even lower than that fixed by the authorities, but they fined me 500 rupees,” stated a shopkeeper.

Another trader said, “They just bother poor people for no reason. Some of shopkeepers were fined 500 rupees, others were asked to pay 1000 rupees. All they require is money, which we can’t provide them. We ourselves are financially weak and that is why we have come out of our homes to earn livelihood.”