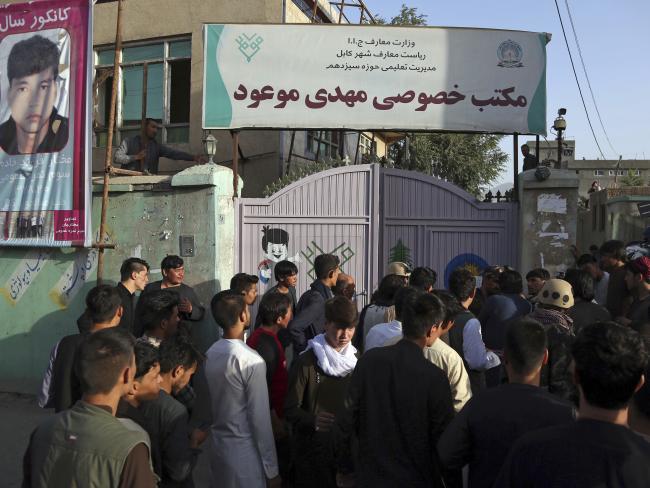 PESHAWAR: Forty-eight people were killed and over 60 others sustained injuries in a suicide blast in a classroom of an education centre in Kabul on Wednesday.

The attack happened in the Shia neighbourhood of Dasht-e-Barchi at about 4:10pm local time while students were in class, Afghan media reported. A police spokesman said the attack was caused by a suicide bomber on foot. The bomber detonated himself inside the education centre.

Mawoud Academy, which came under attack, is a private education facility that provides tertiary education programmes to students wanting to go to university. This academy’s classes are mixed, with both girls and boys attending. About 100 students were believed to have been in the classroom at the time of the explosion.

There was no immediate claim of responsibility for the violence, which was condemned by President Ashraf Ghani in a statement. The Taliban spokesman Zabihullah Mujahid denied involvement in the attack, saying that they had nothing to do with this ancient.

The Shia leadership in the area blamed Daesh for the attack. It was 13th attack on the Shia community in Kabul alone during the last two years.

Meanwhile, the Pakistan Tehreek-e-Insaf (PTI) Chairman Imran Khan strongly condemned a terrorist attack in Kabul and expressed his condolence and sympathies with the Afghan government and Afghan people.

Imran Khan also expressed his deep grief and sorrow over loss of precious lives in the attack.