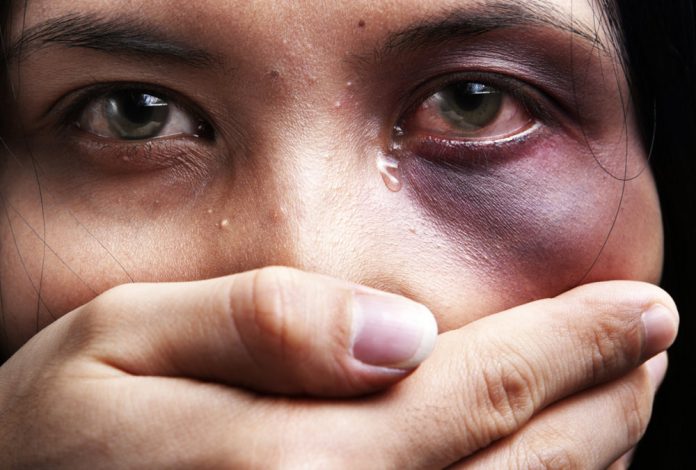 The UN chief said violence can take many forms — from domestic attacks to trafficking, from sexual violence in conflict to child marriage, genital mutilation and femicide. “It harms the individual and has far-reaching consequences for families and society. This is also a deeply political issue,” he said.

Guterres said vviolence against women is tied to broader issues of power and control in our societies. “We live in a male-dominated society. Women are made vulnerable to violence through the multiple ways in which we keep them unequal.”

The UN chief said that in the past year growing attention to one manifestation of this violence was seen. He said sexual harassment is experienced by most women at some point in their lives. “Increasing public disclosure by women from all regions and all walks of life is bringing the magnitude of the problem to light and demonstrating the galvanizing power of women’s movements to drive the action and awareness needed to eliminate harassment and violence everywhere.”

This year, Guterres said, the global United Nations UNiTE campaign to end violence against women and girls is highlighting support for survivors and advocates under the theme ‘Orange the World: #HearMeToo’. “With orange as the unifying colour of solidarity, the #HearMeToo hashtag is designed to send a clear message: violence against women and girls must end now, and we all have a role to play.”

He said the same message resonates through the EU-UN Spotlight Initiative. “This 500-million-euro programme will empower survivors and advocates to become agents of change in their homes, communities and countries. But while this initial investment is significant, it is small given the scale of need. It should be seen as seed funding for a global movement. Not until the half of our population represented by women and girls can live free from fear, violence and everyday insecurity, can we truly say we live in a fair and equal world.”

Despite the adoption of the Convention of the Elimination of All Forms of Discrimination against Women (CEDAW) by the UN General Assembly in 1979, violence against women and girls remains a pervasive problem worldwide.

To that end, the General Assembly issued resolution 48/104, laying the foundation for the road towards a world free of gender-based violence.

Another bold step in the right direction was embodied by an initiative launched in 2008 and known as the UNiTE to End Violence against Women. It aims to raise public awareness around the issue as well as increase both policymaking and resources dedicated to ending violence against women and girls worldwide.

Yet, there is still a long way to go at the global scale. To date, only two out of three countries have outlawed domestic violence, while 37 countries worldwide still exempt rape perpetrators from prosecution if they are married to or eventually marry the victim and 49 countries currently have no laws protecting women from domestic violence.

In 2017, the European Union (EU) and the UN launched the Spotlight Initiative, which aims to eliminate all forms of violence against women and girls by raising the awareness of this issue, in line with the 2030 Agenda for Sustainable Development.

Women’s rights activists have observed 25 November as a day against gender-based violence since 1981. This date was selected to honour the Mirabal sisters, three political activists from the Dominican Republic who were brutally murdered in 1960 by order of the country’s ruler, Rafael Trujillo (1930-1961). On 20 December 1993, the General Assembly adopts the Declaration on the Elimination of Violence against Women through resolution 48/104, paving the path towards eradicating violence against women and girls worldwide.

Finally, on 7 February 2000, the General Assembly adopts resolution 54/134, officially designating 25 November as the International day for the Elimination of Violence Against Women and in doing so, inviting governments, international organizations as well as NGOs to join together and organize activities designed to raise public awareness of the issue every year on that date.