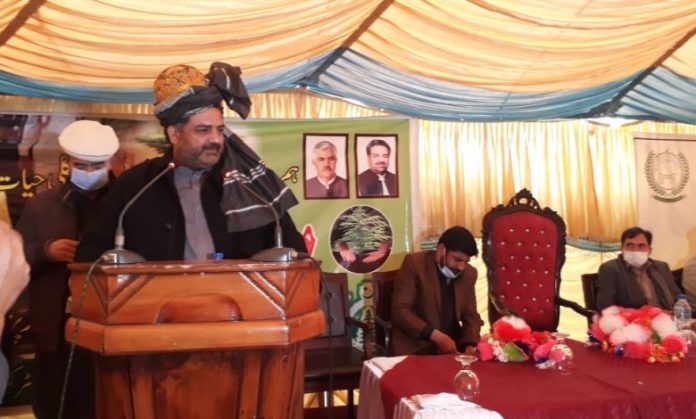 BARA: Khyber Pakhtunkhwa Minister for Environment and Wildlife Ishtiaq Urmar said on Tuesday that 5.1 million trees will be planted in Khyber tribal district next year.

The minister said the provincial government is well aware about the problems related to education, healthcare and other issues, and serious efforts are being made to resolve these issues.

The elected representatives were given a detailed briefing about the ongoing development schemes in Khyber tribal district.

On the occasion, MPA Shafiq Afridi and tribal elders said a large chunk of the land between Bara to Tirah is barren which can be turned into green land by planting trees. They proposed that instead of eucalyptus, fruit trees must be planted on that land to benefit the local population. Traders on the occasion demanded promotion of trade activities and sought basic facilities and package for them. The problems related to health, education and irrigation were also discussed with the visiting minister.

The minister said 221 vacancies will be created in the Forest Department of Khyber district soon. He said the government will give jobs to 240,000 people in four years. He said 5.1 million trees will be planted in Khyber during next year which will bring a positive impact on environment and reduce the impact of climate change.

Mr Urmar said tree plantation will change the destiny of local people. He said Pakistan is rich in all kinds of resources, and sincere leadership can utilise these resources for improving the life standard of people. He said Prime Minister Imran Khan loves the people of merged districts and the government is committed to resolve problems of these areas.