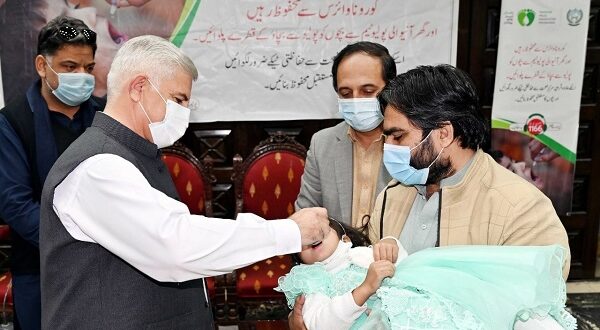 According to official information, 6.4 million children below five years of age would be administered polio vaccination during the campaign.

The chief minister said during the launching ceremony that special arrangements have been made and teams have been trained to avoid the spread of coronavirus during the vaccination campaign. He said that the vaccination campaign was impacted in Pakistan due to outbreak of coronavirus last year that led to increase in polio cases, but due to serious efforts of the KP government, now there had been considerable reduction in polio cases in the province.

Mahmood Khan said the eradication of poliovirus was a national cause, and all segments of society including Ulema, political leaders, teachers, parents and media must to join hands with the government to eradicate poliovirus and give a safe future to our next generation. He appealed to the parents to ensure provision of polio vaccination to all the children below the age of five years during the drive.