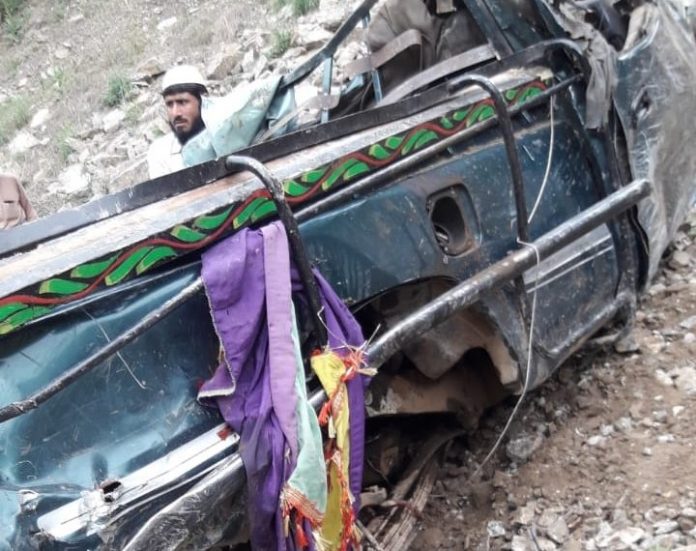 BUNER: Five people lost their lives and 32 others were injured in traffic accidents in Buner, Swat and Karak on Monday, police said.

A Datsun pick-up was carrying passengers from Buner to Shangla when it went out of driver’s control due to bad condition of the road and fell into a ravine. Police said two passengers died on the spot, while two succumbed to their injuries at the hospital.

The eight injured persons were shifted to District Headquarters Hospital. The vehicle was completely damaged in the accident.

Local sources said the main road leading to Shangla is currently in bad condition due to ongoing construction work. The sources said many vehicles use the link roads and the vehicle which met the accident on Monday was doing the same.

In the nearby Swat district, 22 people, including women and children, sustained injuries in an accident.

A Suzuki van carrying passengers from Matta to Shor overturned due to which 22 passengers were injured. They were immediately taken to Matta Hospital where an emergency was declared.

Local sources said the condition of five women was critical due to which they were shifted to District Headquarters Hospital in Saidu Sharif. A large number of relatives of the injured people are visiting the hospital.

Another accident happened in Karak district on the Indus Highway where one person lost his life and two others were injured. Indus Highway in Karak is notorious for traffic accidents as mishaps are reported from that area on routine basis.

As is the case in most traffic accidents in Pakistan, the poor condition of roads and carelessness on part of the drivers played part in Monday’s accidents.

Three people lost their lives when a land piece fell on a house in Chitral in the wee hours of Monday.

According to Rescue 1122, a land piece fell on the house of Saleem at 5:45am due to which three people, Waseem, Tanveer Khan and his mother lost their lives. 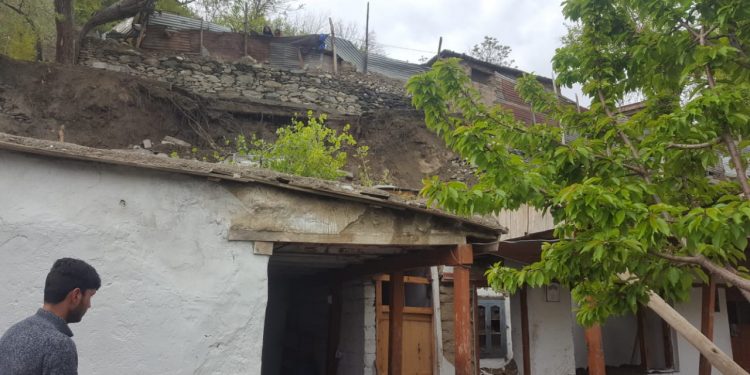 Sources said two among the deceased were guests. Tanveer and his mother had come to the home of Saleem to congratulate him on the birth of a child. They were staying with him at the night and in the morning, this unfortunate incident happened.

The rescue teams immediately reached the spot and shifted the bodies to District Headquarters Hospital.