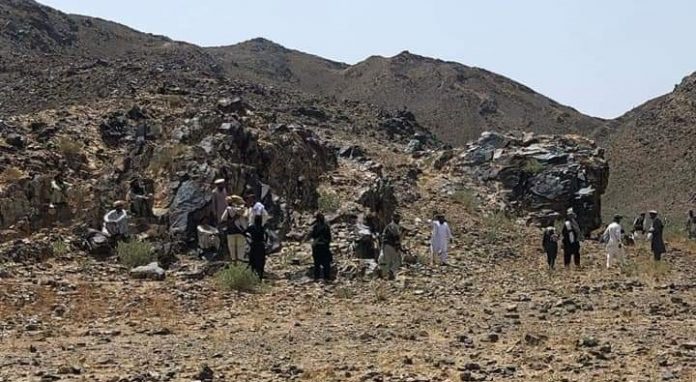 WANA: Five people have lost their lives and six others injured in the ongoing clashes between Dotani and Wazir tribes over a property dispute in Wana sub-division of South Waziristan tribal district.

Both the rival tribes are fighting over a land dispute since long and all the efforts of the local elders and Jirgas to stop the ongoing fighting have failed to produce results.

Local sources said about 300 armed men from Dotani tribe gathered on August 14 and allegedly targeted the houses of Wazir tribe in Karkanra village. In the meanwhile, Dotani tribesmen allegedly occupied most area in Karkanra and its surrounding mountains.

Sources said both the rival tribes are openly using small and heavy weapons against each other due to which the local population is under threat. Sources said five people have lost their lives in the clashes so far and six others have been injured.

The fighting could not be stopped despite hectic efforts by the local administration and area elders and more casualties are feared.

People of the area have demanded the government to intervene and stop the fighting in the area.

There is an old land dispute between Dotani and Wazir tribes of South Waziristan tribal district. Both the tribes clash from time to time over the issue which has resulted into several deaths and injuries.

Similar, land disputes in other parts of tribal districts have claimed several lives. In some cases, land disputes are resolved between rival tribes with the intervention of Jirgas, but in cases where large property is involved or large tribes have dispute, Jirgas also could not stop fighting and then people look towards the administration and government to make intervention. Sometimes cross fire between rival tribes also result into collateral damage in shape of casualties to individuals who are not party to the conflict.

With the extension of jurisdiction of judiciary to tribal districts, the tribal people now have the option to knock the door of courts to resolve their long standing land disputes.