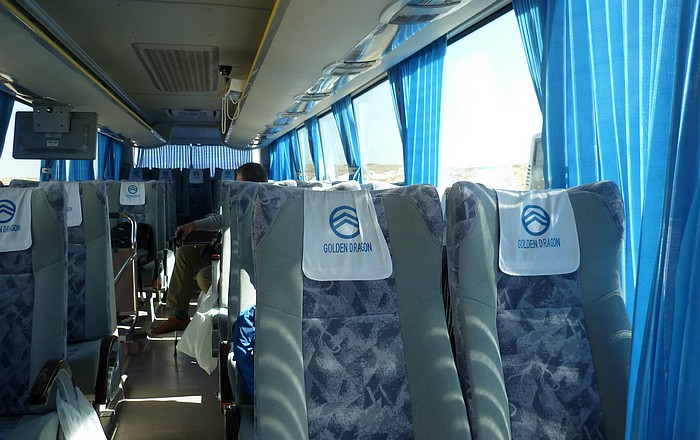 MIRANSHAH, 8 November: Five people, including two women, were injured when some people pelted stones on a passenger bus in North Waziristan Agency on Tuesday.

Javed Darpakhel, a passenger in the bus, told that the bus was travelling from Pakistan Market, Miranshah to Peshawar when it accidently hit a goat in Qutabkhel village on Bannu-Miranshah Road. The goat was killed in the accident. The local people quarrelled with the bus driver and cleaners on the matter. Javed said some people in Qutabkhel started pelting stones on the bus during the quarrel due to which five people, including two women and two cleaners, sustained injuries.

The security forces reached the spot and arrested 20 people of Qutabkhel village and took Watan Cards from them.

The local administration has not offered any comment on the incident.