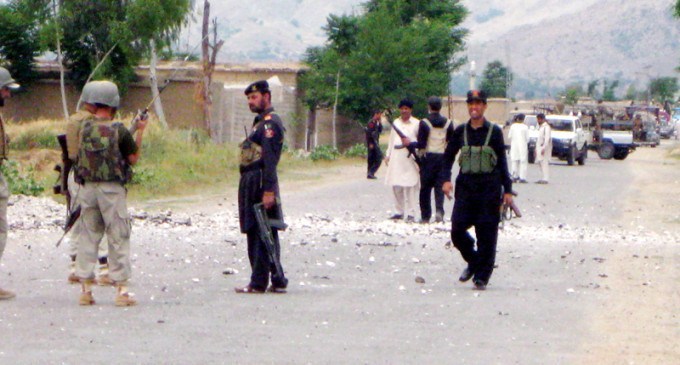 WANA: Five people lost their lives and as many were injured in two separate incidents in North and South Waziristan on Tuesday.

The first incident happened in Ladha tehsil of South Waziristan in which three children lost their lives and two were injured when a toy bomb exploded.

Police said the children found a toy bomb in Tangi Badinzai area and were playing with it when it exploded. Three children died on the spot, who two were shifted to Dera Ismail Khan hospital.

Dozens of people, including children, have been killed by landmines and toy bomb explosions in North and South Waziristan recently, while many other have been maimed.

In another incident, terrorists attacked the security squad of the deputy commissioner in Mir Ali tehsil of North Waziristan, killing two people, including a policeman.

The security forces cordoned off the entire area after the attack and launched a search operation. However, there was no word about any arrest.

On protest by the local people, the security forces have already initiated an operation to clear the area from toy bombs and landmines. A large area is cleared from such bombs during the operation.

Landmines were mostly laid by the militants while escaping from the area after successful military operations. These landmines sometimes trap the citizens when they are going for their routine work in fields or mountains.

Toy bombs are also sometimes found in the fields or other places and whenever children find such device they bring it home and start playing with it.

Last week, people in Speen Wam area of North Waziristan held a walk to create awareness among the people about the threat of toy bombs and landmines.

The walk was participated by hundreds of people from different walks of life who were carrying banners and placards having messages about identification and precaution about toy bombs. The walk participants demanded the government to clear the entire area from toy bombs to protect their children and rest of population.