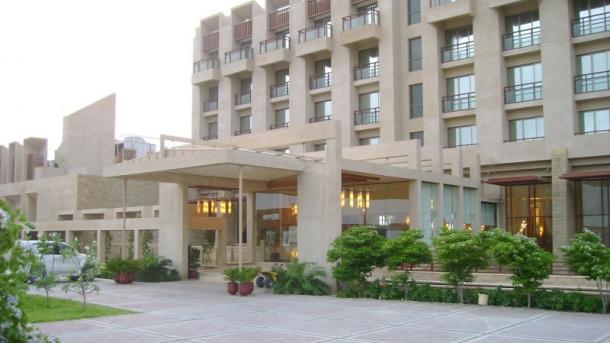 PESHAWAR: Five people were martyred and six others were injured in a terrorist attack on a five-star hotel in Gwadar district of Balochistan on Saturday.

Three terrorists were also killed in the operation by the security forces. The Inter-Services Public Relations (ISPR) confirmed conclusion of the operation at the hotel 23 hours after the attack by the terrorists. The ISPR said the martyred included one Pakistan Navy personnel and four employees of the hotel. The injured include two Captains of the Pakistan Army, two personnel of Pakistan Navy and two employees of the hotel.

The ISPR said the terrorists wanted to take the guests at the hotel hostage, but timely action by the security forces foiled their plan. The security guards foiled attempt by the attackers to enter the main hall of the hotel. The terrorists tried to go to the upper stories of the hotel through stairs and opened indiscriminate fire during their bid due to which two hotel employees, Bilal and Owais, were martyred.

The ISPR said the operation has been completed and identification process of the slain terrorists is underway.

The attack on the hotel was launched by terrorists at 5:00pm on Saturday. Timely action of the security forces foiled the attack. Initially, there were reports that one person has died in the attack, however, the death toll mounted to five and six are injured.

After getting information about the attack, the security forces immediately launched rescue operation and saved the guests at the hotel. The terrorists were engaged in the stairs of the hotel building and killed. The hotel was cleared after a long operation of 23 hours.

In separate statements, they said such attacks are nefarious conspiracies against national development projects. They reiterated that the nation is united against the menace of terrorism and soon it will be eradicated from the country.

They paid rich tribute to martyred security guards and prayed for early recovery of injured.

Balochistan Chief Minister Mir Jam Kamal Khan chaired a meeting in Quetta to review all aspects and motives behind the Gwadar terrorist incident.

Officials of law enforcement agencies briefed the meeting about the terrorist incident and prevailing situation in the city.