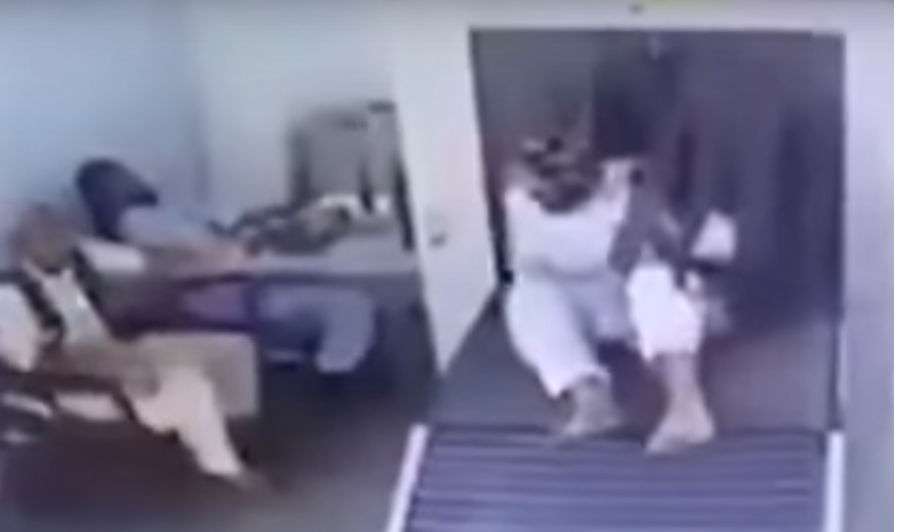 LANDI KOTAL, 06 September: The National Logistic Cell (NLC) has suspended five of its employees after a video showing a man passing through a scanner machine meant for luggage on the Pak-Afghan Torkham border was leaked.

The video which went viral on social media, shows a person passing through a walk-through gate with a bag in his hand. The NLC officials returned him after which he himself passed through the scanner machine which is actually meant for scanning of luggage.

After the video went viral on social media, the NLC high ups took notice of the leakage of the video and suspended the supervisor Waqas, Tahir, Ashraf,  Musharraf and operator Waqar.

Meanwhile, the suspended officials have said they neither forced the person to pass through the scanning machine nor they leaked the video. They said they were innocent and were wrongly charged in the case.