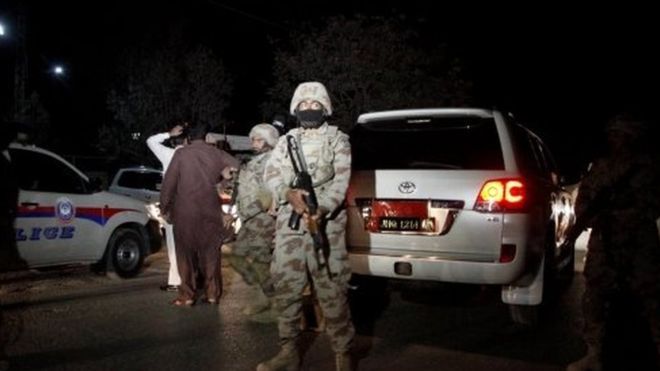 The statement added that all the bombers appeared to be Afghan nationals.

The security forces launched clearing operation in the area and brought it under control. The statement added that the failed terrorists attempt was in response to killing of their key terrorists Wednesday night in Kili Almas area of Quetta.

On Wednesday night, the security forces in an intelligence based operation killed the Balochistan chief of the banned Lashkar-e-Jhangvi along with two other terrorists.

Colonel Sohail Abid of Military Intelligence was also martyred during the operation and four other soldiers were injured.