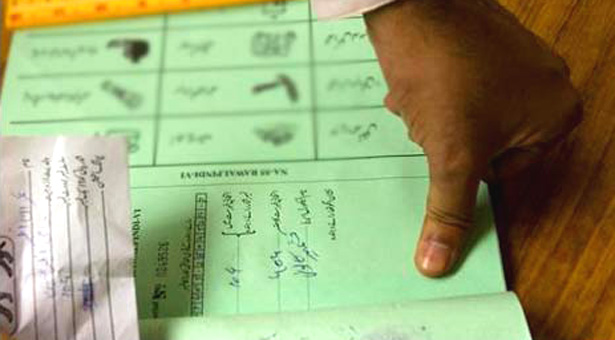 PESHAWAR, 09 May: National Database and Registration Authority (NADRA) has submitted with the Judicial Commission, probing rigging in the last general elections, report of thumbprints of the voters of National Assembly seat NA-122.

National Assembly Speaker Ayaz Sadiq had emerged triumphant on this seat in 2013 general elections by bagging over 92,000 votes followed by Pakistan Tehrik-i-Insaf chief Imran got who polled over 80,000 votes. Imran Khan has accused the winning candidate of massive rigging in the polls.

A few days back, an Election Tribunal ordered fresh election on NA-125 after finding irregularities in the election process. Khwaja Saad Rafiq who won the seat in last general elections has challenged the decision of the tribunal before the Supreme Court.