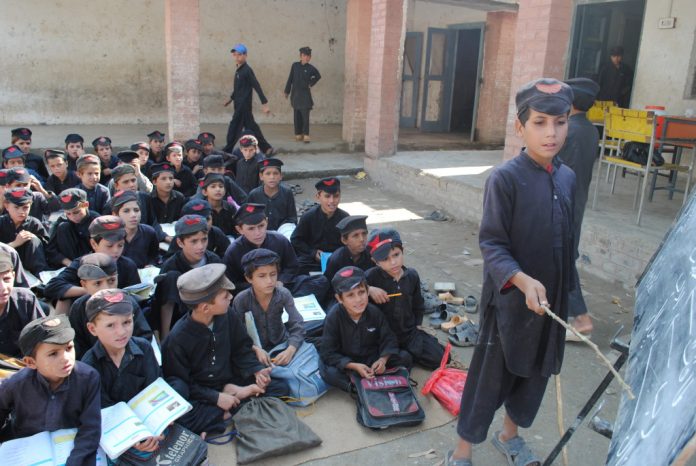 MARDAN: District Education Officer (DEO) Mardan has stopped the salaries of 51 schoolteachers and ordered to remove them from jobs over low attendance of students in government schools.

The associations of schoolteachers have expressed grave concern over the orders and threatened of lodging protests. TNN correspondent reported that the action has been taken over the report of the Independent Monitoring Unit (IMU) regarding failure of the teaching staff to ensure attendance of students in government schools. The DEO has issued orders to stop the salaries of 51 teachers and clerks and remove them from jobs. The affected teachers and clerks have been given a time of seven days to clarify their position.

After issuance of the notification, the teachers associations have expressed grave concern, arguing that the DEO has transgressed from his powers. Provincial spokesman for the government schools officers association Hafiz Zubair Ahmed said in a statement that the DEO has wrongly reported absence of students from schools. He said the students of schools are coming on alternate days under the standard operating procedures (SOPs) to avoid the spread of coronavirus. He said the DEO has wrongly reported the alternate classes of students as absence from school.

The DEO has issued show cause notices to the heads of as many as 193 schools in KP. The spokesman said the off day of students must not be considered as absence from school, and correction must be made in this regard. He said explanation must be sought from the DEO over ‘illegal’ action and the action against teachers and other staff must be declared void. He said teachers will be compelled to hold protests if this order was not reversed.

The performance of the government schools in Khyber Pakhtunkhwa has improved remarkably after establishment of the IMU which keeps a check on attendance of students and teachers and their performance. After merger of erstwhile Fata with KP, the scope of IMU was also extended to merged tribal districts. The attendance of teachers and students and performance issues are looked after by the IMU which takes action over violations and ensures discipline at schools.