Nature has done great favors to the tribal areas of Pakistan. From high mountain peaks which get covered with snow in winter, to streams of fresh gushing water, from thick diyar forests to reservoir of millions of tons minerals, Fata has everything needed for the economic uplift of an area.

In addition to all these, Fata has very fertile soil, suitable for growing many kinds of crops. Though, there is no proper irrigation system in the entire tribal belt, yet these areas are is popular for producing some finest crops, vegetables and fruits.

Apart from few industrial units in some of the tribal agencies, no sincere efforts have been made to promote industrialization in the region despite the fact that jobless manpower in Fata has reached the level of redundancy. This is the reason that majority of the people are dependent on agriculture for their economic survival.

The decade long militancy has badly affected everything including agriculture sector in the tribal region. But ever since peace has returned to the tribal areas, thousands of displaced families have returned to their hometowns and resumed economic activities. Like other fields, the agriculture sector is also being rejuvenated. The abandoned fields are being ploughed once again. Noor Zarin has returned to his ancestral village in Orakzai agency after about eight years. “It will take time and money as well,” he adds. “All the fields are now filled with undesirable weeds and we have to double our efforts to make fertile again,” he remarks.

Ziarat Gul, from Mohmand agency, says that there were plenty of villages in Darra, Shamshah, Suran and other localities which had a functional irrigation system but now the whole infrastructure is ruined.“We use to grow different vegetables, fruits and cash crops like wheat and maize but unfortunately, these areas have lost the fertility due to the mass exodus of the local tribesmen,” Gul observes.

“We have leveled the ground with the help of tractors sent by the political administration and hopefully we will resume farming soon. The local authorities also provided us seeds of different crops,” says Wali Rahman, who hails from the Kurram agency.

Noor Hakim, a farmer in Bajaur agency, is happy because he thinks farming has been completely revived. However, he says the local farmers are still facing problems of shortage of seeds and fertilizers.

According to officials of the Agriculture department, there are about 47,500  acres of cultivable land in Khyber Agency, which is being used for growing vegetables, fruits and other cash crops such as wheat, maize, paddy rice and sugarcane etc. 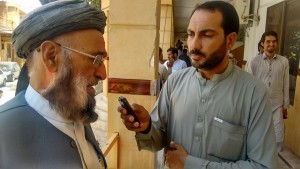 A local farmer says that the irrigation system in the area has been badly affected since the large scale migration of the local tribesmen due to militancy.

“These orchards and fields use to produce quality fruits and crops but after the devastation of the irrigation system, all the orchards have dried up,” he says.

Almost five months have passed since they have returned to thier homes after the military operation but couldn’t plough in the fields because the whole irrigation system is shattered. The local farmers need financial assistance to revive farming, he remarks.

“We have decades-old trees in the orchards which were planted by our grandfathers but all those have dried up since there was nobody to water them in their absence,” says a tribal elder while talking to TNN.

“There is no electricity while the majority of the tube wells are also out of order. Besides, the irrigation canals are being de-silted. We hope that the provision of water will be restored soon,” he hopes.

Tribesman Rehmat, who belongs to the Shalobar tribe of the Bara subdivision, says the local administration has started constructing new irrigation channels in the area and hopefully, the land will again become fertile after the completion of the project.

“The Sparah dam is being revived by the political administration. Sufficient water will be available for irrigation once the project is completed. The administration will also provide seeds to the local farmers,” the tribesman informs. 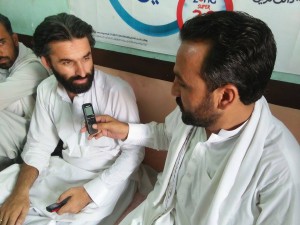 The tribesmen have put forward a demand to the political administration to establish agriculture centers in each tehsil of the agency for the facilitation of the farmers. They suggest that farmers should be given relevant trainings and education on how to increase production in utilizing minimum available resources.

The two Waziristans – North and South, are popular for producing delicious and supreme quality agricultural products. The apples produced in Wana have no match in taste. Similarly, palm dates of Mir Ali, the potatoes of Razmak and the tomatoes produced in the fields of Miran Shah have no comparison.

The launching of military operations in Ladha, Sara Rogha and Sarwekai tehsils of South Waziristan agency forced the local tribesmen to quit farming and move to safer places. Taj Burki, a resident of Kaniguram area in South Waziristan agency, says though he doesn’t have vast farming lands but he was able to produce finest qualities of potatoes, tomatoes, radishes, maize, wheat and fruits including apricots and peaches.

Ameerullah, from the Sara Rogha tehsil also says he used to grow different vegetables and other cash crops on his land. “Presently, majority of the water channels are not in a position to irrigate the fields and most of the lands have turned barren due to lack of attention by the relevant authorities. The government needs to build banks to protect fertile lands from floods and erosion,” he stresses. 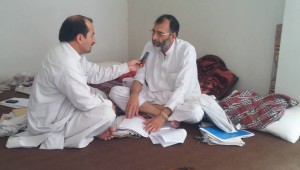 Shah Faisal, a resident of Makeen tehsil says his family has vast agricultural land and they used to grow different kinds of vegetables and crops. He regrets that due to government’s inability, most of the cultivable lands have become unproductive.

Gul Ameer, who has been farming in Dosali tehsil for the last 27 years, says his area is particularly popular for producing quality potatoes.

“This area has been producing finest qualities potatoes. We have been growing Crore, Raku and Aladin, which are some of the delicious types of potatoes,” Ameer remarks.

According to Anwar Khan Wazir, Agriculture Officer of the North Waziristan Agency, following restoration of peace and repatriation of the displaced tribesmen, efforts are being made to revive agriculture sector in the agency and make the land fertile again.He, however, says nothing has been done in those areas where the local inhabitants have not returned so far as he argues it will lead to conflicts amongst the local tribesmen.“So far we have distributed seeds of wheat for about 1500 acres of land and potatoes’ seeds for about 100 acres of land. Soon we will distribute seeds of maize as its sowing time comes closer,” he tells TNN. He further reveals that a project to help local farmers to grow orchards is also in the pipelines. 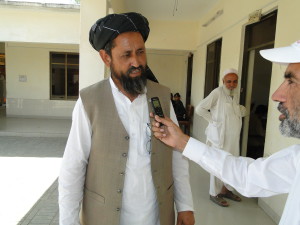 Bajaur Agency has perhaps the most fertile land among all the tribal agencies and that is why it is particularly popular for its plain agricultural fields. Majority of the tribesmen are also associated with agriculture.

Ajab Gul is a resident of Khar, the headquarters of the agency and he owns a large piece of agricultural land. He says he has been putting together all his efforts to get maximum yields but due to unavailability of resources and facilities, he is unable to get the desired results.

“I have been farming on more than 50 acres of land in Sadiqabad area for the last 20 years. Usually, we grow vegetables and fruits. Most of the times, the crops do not grow properly due to unavailability of sufficient water. Since the tube wells are run by electricity due to excessive load shedding, the fields do not get the required amount of water, resultantly, big part of the crops get wasted,” informs Gul.

He complains that the government does not extend any kind of support and facilitation to the growers. Ajab Gul maintains that he usually transports vegetables and other agricultural products to market in this own vehicle and sometime sells them in the village.

“Since I have a vast cultivable land, I often try new things. This year, I tried to grow melons, which has never been tried by anyone before. The problem is nobody knows what are their requirements and how to take care of the crop. The officials of the Agriculture department never provided us assistance and guidance on introducing new crops and giving them suitable pesticides,” he continues.

According to Gul, the soil of Bajaur is suitable for every kind of crop and vegetable. “If there is proper water and suitable seeds, we can grow everything,” he says. 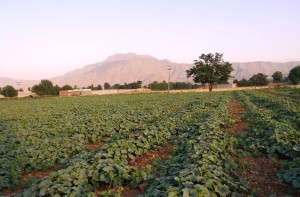 As per his assessment, stability in the area is must for the development of agriculture. “Last year, we did not have good yield since the law and order situation in the agency was unstable. Comparatively, the situation is far better now and we hope that the result will be better too,” he says.

Faseeh-ur-Rahman, Director of the Fata Agriculture department admits that insurgency in Fata severely affected farming in the tribal region.

“People of Fata were forced to leave their standing crops and move to safer places. The fertile fields remained uncultivated for years and the tribal people faced lots of financial losses. In order to compensate the people, the Agriculture department prepared a number of schemes to revive farming and agriculture,” he informs. 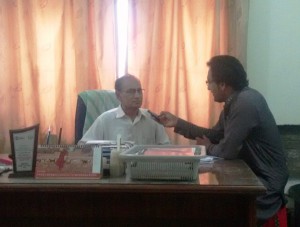 He also believes that majority of the people of Fata are relying on agriculture and that is why a comprehensive program has been launched to help the people.

“We have distributed free saplings of fruit bearing trees among the tribesmen in those areas where the repatriation of displaced people is either completed or in progress. We also started projects to help tribesmen in rehabilitating the orchards they left earlier during the military operations. We established about 80 tunnel farms in different areas of Fata and handed them over to local farmers,” the official continues.

“The Agriculture department grew orchards on about 1775 acres of land in the entire tribal belt. Besides, as many as 876 deserted orchards were restored and free seeds of wheat, maize and other crops were distributed among farmers for a total of 3447 acres of land,” he adds.He further informs that as many as 170 scholarships have been announced for tribal students in agriculture field.

This article has been translated from the TNN programme “Da Manzal Pah Lor”, which discusses about FATA TDPs or repatriated peoples’ rehabilitation, development and the concern. The programme was produced by TNN producers “Shan Muhammad” and “Salman Ahmad”.