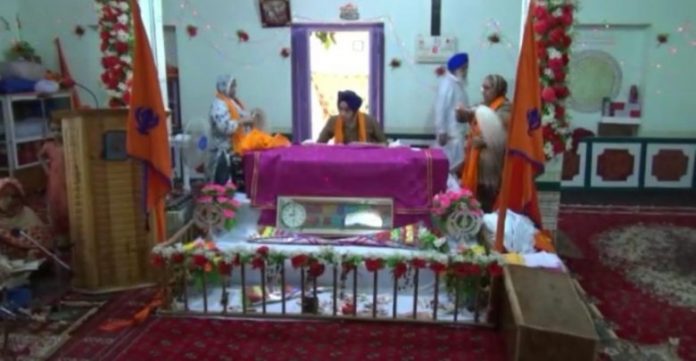 PESHAWAR: A ceremony was organised in Kurram tribal district in connection with the 550th birth anniversary of Baba Guru Nanak on Saturday.

Assistant Commissioner Lower Kurram Zahid Younis also participated in the ceremony. In his address, said the government will provide all facilities to the minority communities for their religious festivals. He said it is the right of minority communities to celebrate their religious festivals with full freedom and it is the responsibility of the government to provide them all facilities in this regard.

Baba Guru Nanak, the founder of Sikh religion, had visited only the Kurram tribal district and stayed at three places there. Three gurdwaras (worship places) have been set up in Parachinar where Baba Guru Nanak had stayed.

During the function in Parachinar, the Sikh pilgrims prayed for prosperity and security of Pakistan and vowed to stay loyal to the country through every thick and thin. They also thanked the Pakistan government for providing best facilities for Sikh pilgrims during their religious festival.

Many religious sites of Sikhs are situated in Pakistan where Sikh pilgrims from around the world come every year and perform their religious festivals. Few days ago, a special delegation of around 500 Indian Sikh pilgrims visited Pakistan to participate in the inaugural ceremony of celebrations of the 550th birth anniversary of Baba Guru Nanak in Nankana Sahib.

Pakistan High Commission in New Delhi issued visas to the Indian Sikh pilgrims. Despite political tensions with India, Pakistan has maintained its policy of welcoming Sikh pilgrims from India as goodwill gesture.