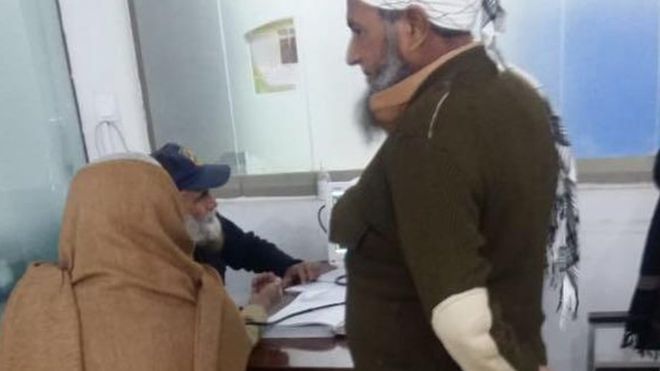 PESHAWAR: The administration of Khyber Teaching Hospital (KTH) Peshawar has ordered an inquiry after reports that a security guard at the hospital conducted medical check-up of patients.

BBC quoted the hospital’s spokesman Farhad Khan as saying that the incident was reported on Monday night at about 2:00am when a security guard sitting on a chair of a doctor or a nurse was checking blood pressure of patients. A picture which went viral on the social media clearly shows a security guard checking a patient at the hospital.

The spokesman said it was a room attached to the emergency department of the hospital where the patients are sent to the doctors after checking their blood pressure.

According to a notification of the hospital, six officials involved in the matter have been suspended. The suspended officials include DMS of night shift Dr Inayatullah, two service line managers Saddam Hussain and Ameer Badshah, in-charge nurse Saeedullah, Shahida Shams and Noreen Fazal. The guard checking the blood pressure of the patients has been sacked.

The spokesman said it is also possible that someone may have taken picture of the security guard as a fun, but the whole detail will be available only after completion of investigation report.