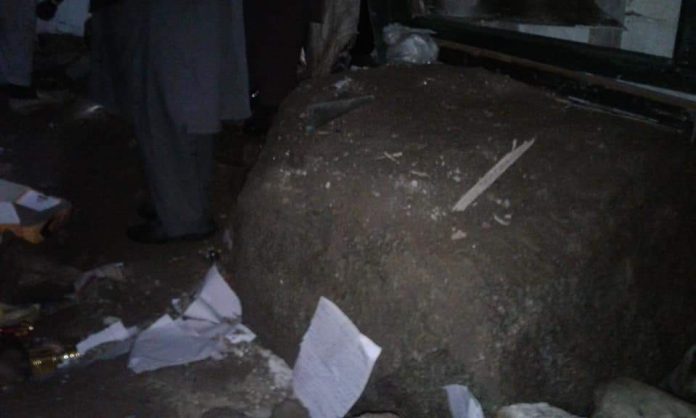 Three children were killed and four others, including husband and wife, were injured when heavy boulders fell from mountains due to land sliding after heavy rain in Upper Dir. Like other parts of the country, rain is continuing in most parts of Khyber Pakhtunkhwa and tribal districts which has caused damages in many areas.

TNN correspondent said a boulder fell on a house in Gandigar area in the wee hours of Thursday. One person, identified as Muhammad Ibrahim, lost his life in the incident, while a woman sustained injuries. The injured woman was retrieved from the rubble by the local people and taken to hospital.

In a separate incident, in Karo Darra area, a boulder fell on a house, killing to children and injuring three other persons, including husband and wife. The injured persons were taken to hospital where their condition was stated to be critical.

Local sources said rain was continuing in Upper Dir for the last three days due to which the rain-related incidents have increased. People say the 10-year record of snowfall has broken and people remain confined to their homes due to extreme cold weather.

Meanwhile, three persons of a family died when roof of their house collapsed in Targhao Inzeray village of Barang tehsil in Bajaur tribal district on Thursday. The deceased included Raheem Said, Rahmeena Bibi and Shahi. The deceased also include a five-year-old child.

On Wednesday, two persons were killed and four were injured in rain-related incidents in Hangu and Charsadda.

Rain is a blessing in a country like Pakistan as it brings pleasant change in weather and fulfil water requirements of the country, but at the same time it brings calamity for people living in mud-houses are in low laying areas.

The Metrological Department has predicted more rain in Kohat, Mardan, Malakand, Hazara and Peshawar divisions of KP. The Met Office says the rain is expected to stop in the evening and the weather is expected to be clear tomorrow (Friday). Twenty millimetres rain has been recorded in Peshawar. Minimum temperature in Peshawar on Thursday was 5 degrees centigrade, while maximum temperature was expected at 12 degrees centigrade.