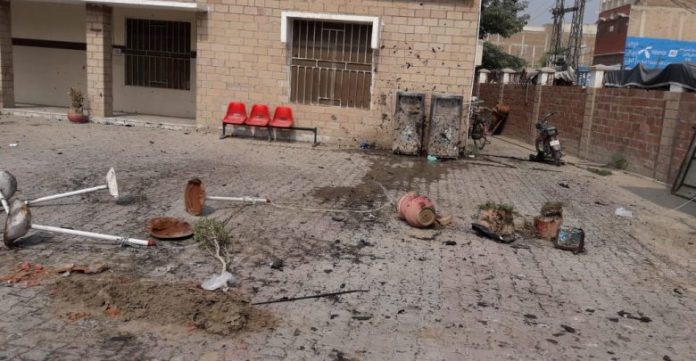 DERA ISMAIL KHAN: Nine people, including six policemen, lost their lives and several others were injured in a suicide blast at Civil Hospital and attack on a police check post in Dera Ismail Khan on Sunday.

Unidentified armed men opened fire on a police check post in Draban area of DI Khan at 7:45am due to which two policemen, Jehangir and Inam, lost their lives. A large contingent of police reached the sport and shifted the bodies of slain policemen to Civil Hospital DI Khan.

During shifting of the bodies to hospital, a suicide bomber exploded suicide vest near the Trauma Centre of the hospital in which seven people, including four police personnel, lost their lives and 17 others were injured. Sources said the suicide blast happened when the Rescue 1122 vehicles entered the hospital with bodies. A five-year-old girl was also caught in the blast and lost her life.

Police said the suicide bomber was apparently a woman. It said the body parts have been sent for forensic tests. District Police Officer (DPO) Riaz Saleem said initial investigation shows that the bomber was a girl, but authentic details will only be available after forensic tests. He said about six to seven kilograms explosive material was used in the blast. He said further investigation into the attack is continuing. 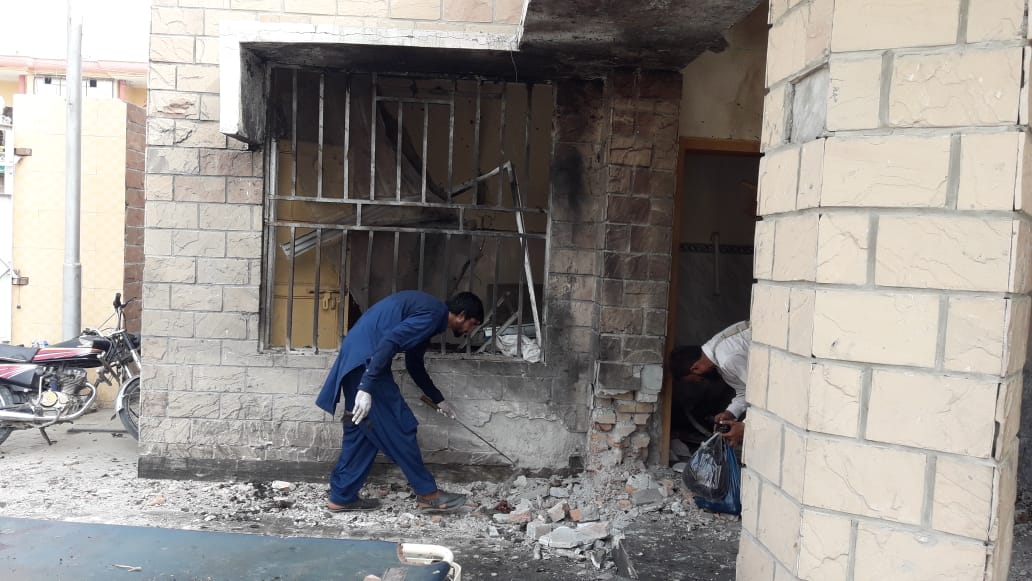 More policemen reached the hospital after the suicide blast and shifted the injured persons to Combined Military Hospital (CMH) DI Khan. The security forces cordoned off the hospital and launched a search operation in surrounding areas. However, no arrest was made.

No banned outfit has claimed responsibility for the DI Khan attack on check post and suicide blast in Civil Hospital till filing of this report.

Meanwhile, 17 suspects, including two proclaimed offenders, were arrested during search operations in Shabqadar area of Charsadda on Sunday.

According to police, arms and ammunition and more than three-kilograms hashish were also recovered from the suspects.