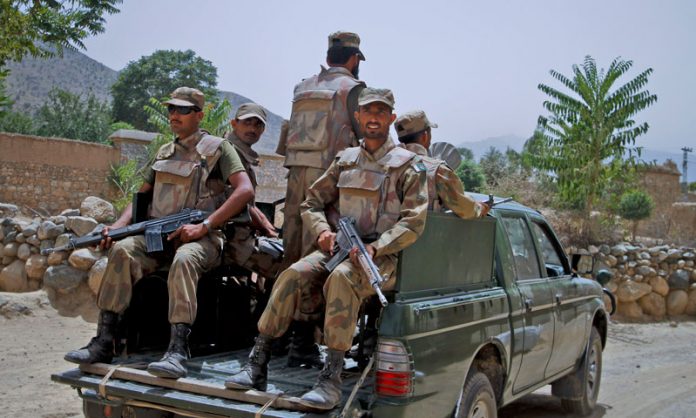 PESHAWAR: Six security personnel lost their lives and 14 others were injured in a landmine blast during an operation in Turbat district of Balochistan on Friday night.

Two of the deceased security personnel belong to Karak and district of Khyber Pakhtunkhwa and one hailed from Lakki Marwat. Four militants were also killed in the retaliatory firing of the security forces.

According to the Inter-Services Public Relations (ISPR), the security forces were conducting an intelligence-based operation in Wakai area near Buleda in the night. During the operation, a vehicle of the security forces hit an improvised explosive device (IED) due to which six soldiers lost their lives and 14 were injured. The security forces also opened fire, killing four militants.

The bodies of the slain soldiers hailing from Karak have been sent to their ancestral areas where they will be laid to rest. The deceased soldiers were identified as Naib Subedar Gul Shahadat, Naik Laal Khan, Naik Sajjad, Sepoy Anwar, Naik Nawaz and Sepoy Sajjad.