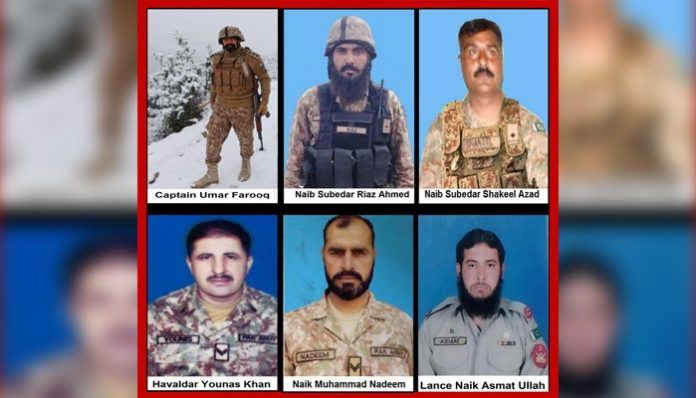 PESHAWAR: Six soldiers of the Pakistan Army embraced martyrdom in an improvised explosive device (IED) attack on their convoy in North Waziristan tribal district on Thursday.

According to the Inter-Services Public Relations (ISPR), terrorists attacked a convoy of the security forces with an IED near Razmak, North Waziristan. Six soldiers, including an officer, embraced Shahadat in the attack.

On October 09, a soldier embraced martyrdom and another sustained injuries in an attack of militants in South Waziristan.

On September 19, two soldiers embraced martyrdom in an exchange of fire during an IBO in Miranshah area of North Waziristan tribal district.