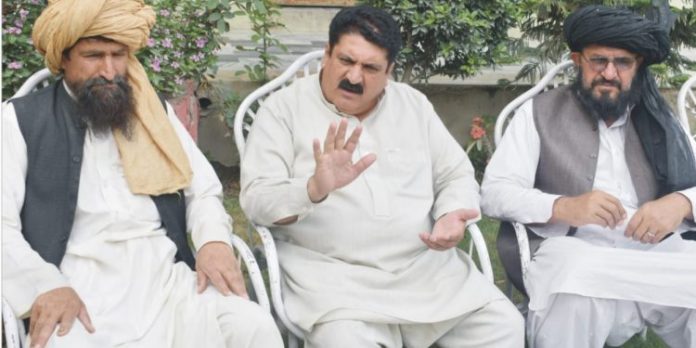 MIRANSHAH: The North Waziristan Political Alliance Chairman Malik Ghulam Khan Wazir has said there are still at least 6,000 displaced people from the tribal district who are not registered for compensation.

Malik Ghulam Khan also demanded that the vehicles of the tribesmen confiscated by the Excise Department must be returned to their owners. He said the tribesmen must be compensated for their losses.

The political alliance leader asked all the unregistered TDPs to gather at Qazi Fazal Qadir Park tomorrow (Monday) to devise strategy for a decisive sit-in in favour of their demands in Islamabad.

Operation Zarb-e-Azb was launched in North Waziristan in June, 2014 to drive out militants. The operation caused mass exodus from the tribal region and people went to different parts of the country to take refuge. Most of the TDPs from North Waziristan went to Peshawar, Bannu and also to Afghanistan. Although, the process of repatriation of displaced persons in the neighbouring South Waziristan has been completed, but the process is yet to complete in North Waziristan.

On 8 April, members of the Senate Standing Committee on States and Frontier Regions (Safron) urged the need for early repatriation of the remaining TDPs of the tribal districts and providing them all facilities. They also called for speeding up the process of registration of displaced persons, as presently it was extremely slow.

However, they were told that registration cannot be opened for all TDPs at once as it will affect the sustainability. Officials assured that every step will be taken to facilitate the TDPs. The return facilitation forms for TDPs are available with the concerned deputy commissioners of the tribal districts.