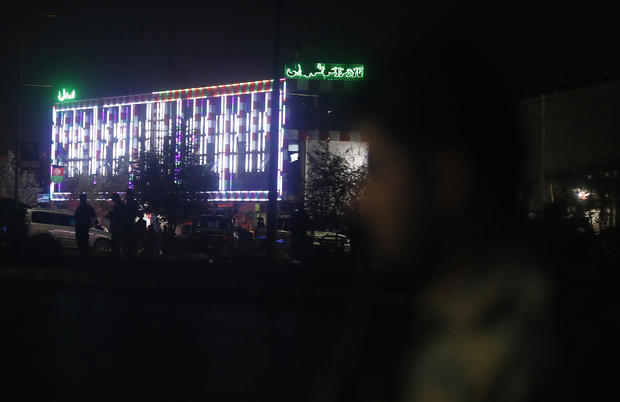 PESHAWAR: At least 63 people lost their lives and more than 180 others sustained injuries when a suicide bomber exploded himself in a wedding hall in Afghan capital Kabul on Saturday night.

The wedding hall was packed with hundreds of guests at the time of the blast at around 10:40pm. Afghan Interior Ministry confirmed the casualties and said it was a suicide bombing.

The Shahr-e-Dubai wedding hall is located in police district 6 (PD6). The massive blast created panic and social media footages showed people running for their lives and women screaming in panic and shock. The number of casualties could increase further as a large number of injured were stated to be in a critical condition.

A witness was quoted as saying that over a thousand guests were invited to attend the wedding. It is feared that it might be the deadliest attack in Kabul this year.

The Taliban militants, who are engaged in a serious talks process with the US to clinch a deal to end 18-year-old war in Afghanistan, in a statement rejected any involvement in the attack and said they condemn the incidents which target women and children. Rejection of involvement in the blast by the Taliban raised speculations that other militant groups like Daesh might be involved in the attack. However, there was no claim of responsibility by any militant group.

The injured people were rushed to a nearby hospital where the condition of many of them was stated to be critical.

Few days ago, a massive suicide attack killed at least 14 people and injured 145 others in Kabul. The Taliban militants had claimed responsibility for the car bomb attack at a police station in the Afghan capital on August 7.

The attack happened few days after the latest round of peace talks between the Taliban and US representatives to strike a peace deal to withdraw US troops from Afghanistan.

The United Nations in a report had stated that over 1,500 civilians were killed or wounded in the Afghan conflict in July, the highest monthly toll so far this year and the worst single month since May 2017.