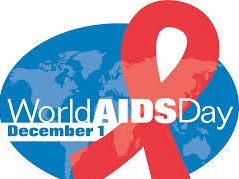 QUETTA, 1 December: Different awareness programmes have been arranged in Balochistan, including Quetta, in connection with the World AIDS Day.

The provincial AIDS control programme officials told TNN that this day is being observed in memory of the people who died due to this deadly disease and to create awareness among the people to prevent spread of this disease.

The provincial AIDS control programme and other organisations working for controlling this disease have  organised awareness seminars in different cities of Balochistan in connection with World AIDS Day. One such seminar has been arranged at Officers Club in Quetta.

The AIDS control officials told TNN that there are 637 registered AIDS patients in Balochistan, including 421 in Quetta and 216 from Turbat. They said treatment centres have been set up at BMC Quetta and Turbat District Hospital for AIDS patients.