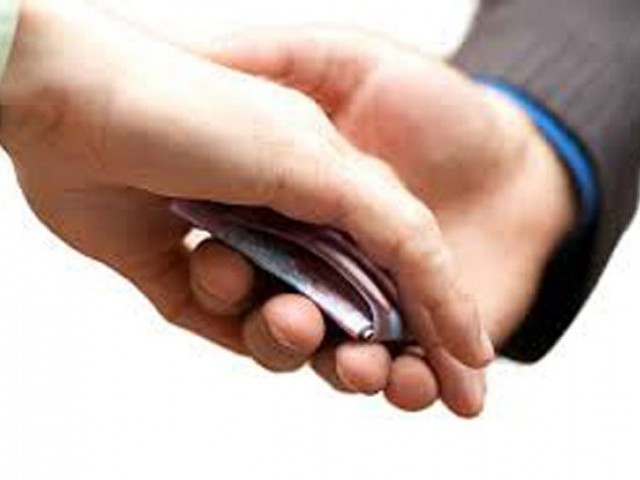 PESHAWAR, 07 May: As many as 64 out of 100 people in Pakistan believe that corruption prevails in government departments.

The survey has been conducted by a non-governmental organization Free and Fare Election Network (Fafen) in all the four provinces, federal capital Islamabad and the federally administered tribal areas (Fata).

The organization said about 6030 people who have interacted with government officials in 25 departments including health, education, Nadra, Benazir income support program (BISP), railway, PIA, police, judiciary, election commission, income tax and other during the past six months were interviewed during the survey.

“There were 332 instances where the respondents directly witnessed public employees accepting bribe. Highest incidence of public officials accepting bribe was witnessed in Punjab where 206 – around 12 percent of the respondents who had recently engaged with government offices – stated to have seen government officers taking bribe. It was followed by Sindh where 106 (10.6%) respondents engaged with public offices saw such an incidence. Only four percent respondents in Balochistan and one percent in Khyber Pakhtunkhwa witnessed such incidence in their respective provinces,” Fafen said in a report posted on its website.