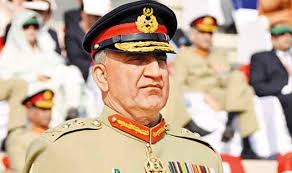 According to a press release issued here by Inter-Services Public Relations (ISPR) the terrorists were involved in acts of terrorism, including kidnapping and slaughtering of soldiers, attacks on law enforcement agencies.

The press release stated that the terrorists were involved in killing 21 persons while arms and explosives were also recovered from their possession.

They were identified as Shabbir Ahmed who was involved in attacks on armed forces and killed Major Adnan and 10 soldiers, Umara Khan who killed three soldiers.

Besides, Tahir Ali was involved in attacks on forces and killed two soldiers while Aftabud Din was awarded death sentence for killing a police official and injuries another.