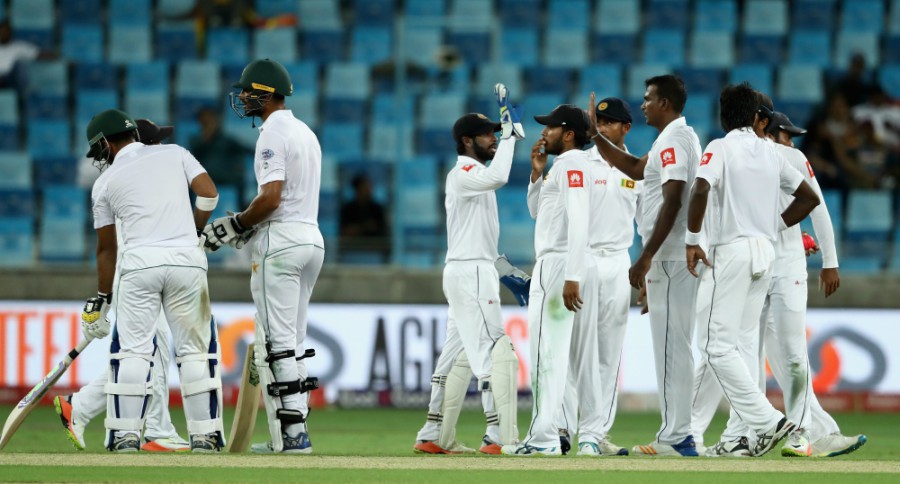 DUBAI, 10 October: Sri Lanka win test series on Tuesday after beating Pakistan by 68 runs in the second and final day-night test in Dubai, breaking unbeaten track record of Pakistan’s since last several years on the venue.

Pakistan has not lost a test series since 2009 terror attack on Sri Lankan team in Lahore, winning five series and drawing four.

Karuna Ratne was awarded man of the match and man of the series for his outstanding batting, with 196 runs in the Sri Lankan innings.

Pakistan has fallen to the seventh spot in the ICC Test rankings after losing the series.