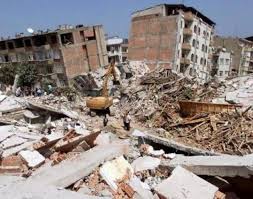 According to media reports, the magnitude of the earthquake was recorded 7.9 on the Richter scale. Most of the damages occurred in Nepal as the quake razed to ground a large number of buildings.

The Nepal government has stated that more than 450 persons have so far been killed and thousands wounded while it is feared that the fatalities may increase.

The tremors also caused avalanche which hit the Base Camp in Everest Base Camp. Some mountaineers are feared dead.

In India, 20 persons were killed due to earthquake. The tremors of the quake were also felt in Pakistan, particularly in Punjab, however no loss to human and property was reported.