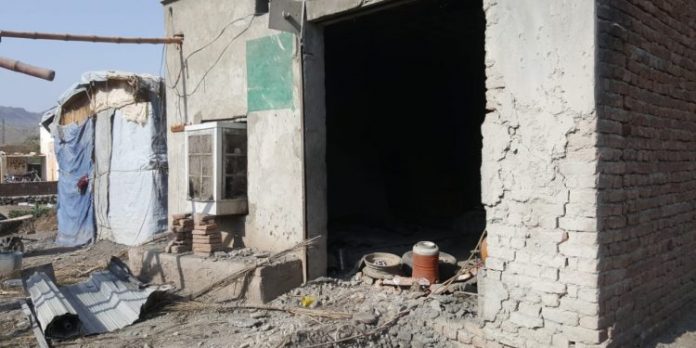 According to official sources, unidentified miscreants had planted a bomb with the wall of a shop situated on the roadside in Gorbaz area of erstwhile FR Bannu. The bomb exploded on Friday which killed one person and injured another. The deceased was identified as Falak Naz, while the injured person was identified as Gul Noor.

It could not be ascertained whether the incident was outcome of personal enmity or it was done by some banned outfit.

In a separate incident, a student lost his life in a hand grenade attack in Bajaur on Thursday night.

Local sources said unidentified miscreants hurled a hand grenade on the house of Haji Feroz Gul which killed the 16-year-old student. The deceased boy was student of seventh grade. The motive behind the incident could not be ascertained.

Meanwhile, official sources said that 10 suspects have arrested during search operations in different areas of Karak and Bannu. Police claimed that arms and ammunition were also recovered from the suspects.

The first incident happened in Tirah valley where one Israr alleged opened fire on Ayub Khan Muhammad Aib, killing them on the spot. The victims were cutting trees when the accused came and allegedly opened fire on them, local sources said.

In second incident, unknown armed men opened fire on Badshah in Bara Bazaar. The accused escaped from the scene after committing the murder. It was apparently a target killing incident, the sources said. Another firing incident happened in Kohi area in Malikdinkhel where one Shakeel was injured. He was shifted to hospital where he succumbed to his injuries.

A man was also electrocuted in Bara. The deceased was identified as Yaqoob from Shalobar tribe.