PESHAWAR: Seven members of a family lost their lives and four others sustained injuries in a traffic accident in Hub are of Balochistan on Tuesday.

Local sources said a truck and a wagon collided on the National Highway near Wandar area due to which seven people, including women and children, lost their lives and four others were injured.

Rescue sources said the accident happened due to over speeding. The dead and the injured were shifted to hospitals in Hub and Karachi. The ill-fated family travelling in a wagon was going to meet their relatives in Saryar, Quetta when their vehicle met the accident. The head of the family, Muhammad Azeem, was driving the wagon. Azeem, his wife and son were among those who lost their lives.

Traffic accidents regularly happen in Pakistan mainly due to poor condition of roads and reckless driving by the drivers who are mostly untrained.

Protest in Bajaur against Zardari’s arrest

The Pakistan People’s Party (PPP) activists in Bajaur tribal district on Tuesday held protest demonstration against the arrest of former president and the PPP co-chairman Asif Ali Zardari by the National Accountability Bureau (NAB) in a corruption case. 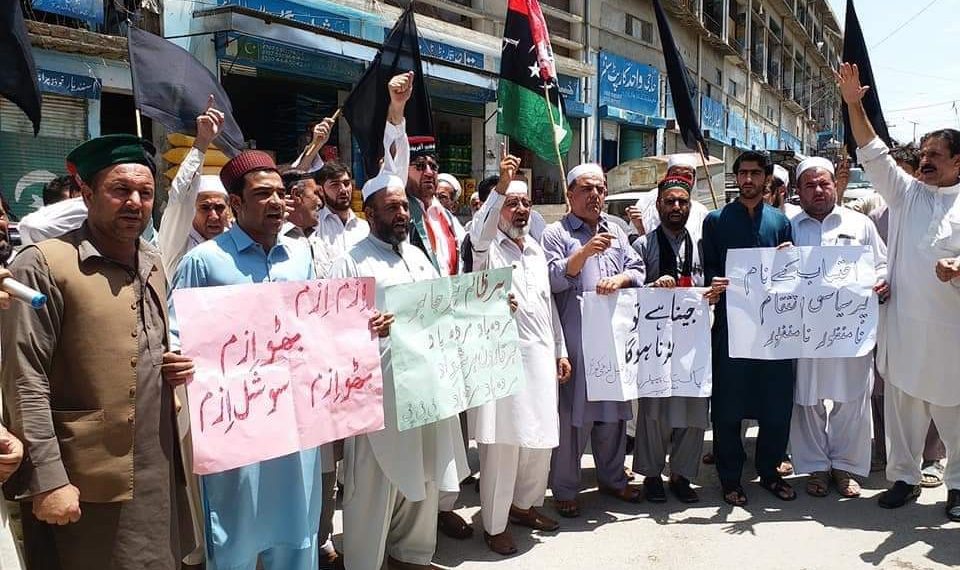 The protesters gathered in front of Bajuar Press Club and chanted slogans against the NAB and the government. The PPP local leaders while addressing the protesters said the government of Prime Minister Imran Khan has initiated revengeful acts against political opponents of hide its inefficiency. They said the NAB has become a B-team of the government and it is no longer impartial.

The Islamabad High Court on Monday rejected the bail extension plea of Asif Ali Zardari after which he was arrested. The arrest of the PPP leader has triggered countrywide protests by the PPP activists.

Meanwhile, the NAB has also arrested Opposition Leader in Punjab Assembly Hamza Shahbaz in a corruption case. The arrest of Hamza Shahbaz has drawn protest from the Pakistan Muslim League-Nawaz (PML-N) activists who blame the government of political vendetta.

On the other hand, the government is of the view that the NAB is an independent institution and the government has nothing to do with it. It said most cases against opposition leaders were instituted in their own tenure.