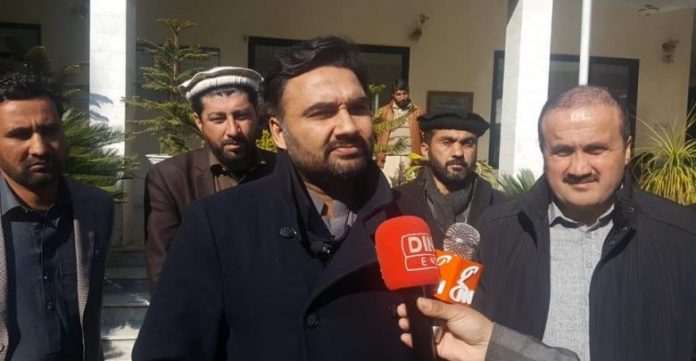 KHAR: Seven officials of the anti-polio immunisation campaign in Bajaur have been removed from their posts over charges of negligence which resulted into emergence of three cases in the tribal district.

Prime Minister’s Focal Person on Polio Eradication Babar bin Atta visited Bajaur tribal district on Saturday and confirmed that three polio cases have surfaced in Salarzai tehsil. He announced to remove seven officials of the Polio Eradication Initiative (PEI) from their jobs due to negligence and hiding the refusal cases by parents. The sacked employees include Ziaur Rehman, Muhammad Idrees, Fazlur Rehman and Taj Muhammad of the World Health Organisation (WHO) and Anwar Shah, Hamad Khan and Khan Wazir of the Health Department of Bajaur.

Deputy Commissioner Muhammad Usman Mehsud said there was not any ‘no go area’ in Bajaur. He said the district administration is fully cooperating with the Health Department in carrying out the immunisation campaign. He said the Levies and Khassadar personnel along with the Pakistan Army soldiers are also performing a tremendous role in making the immunisation campaign successful.

The deputy commissioner vowed to take strict action against parents who refused to administer polio vaccine to their children. He said the main reason behind the spread of poliovirus in Bajaur is the influx of people from Afghanistan. He said the Pakistan Army personnel are working day and night to fence the Pak-Afghan border to regularise the movement of people across the border. He hoped that the situation will improve after the completion of the border fencing. He said movement will only be possible through the transit points after completion of the border fencing.

In 2014, 306 polio cases were reported in Pakistan, while in 2018, the number has been brought down to nine cases, which is a marked improvement.