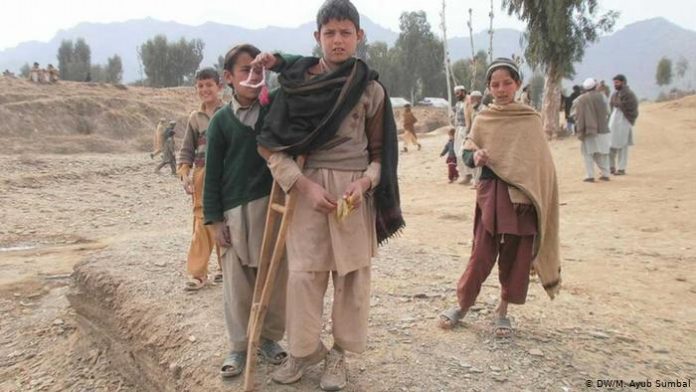 KHAR: The polio vaccination campaign in Bajaur tribal district met failure due to non-availably of security to the vaccination staff.

The district health department in Bajaur had finalised all the arrangements for the polio vaccination campaign which started on 25 March and ended on 27 March. However, the Levies and Khassadar personnel in the tribal district announced boycott of polio vaccination duties in protest against their unfulfilled demands, therefore, the campaign ended in a failure.

Agency Surgeon Dr Wazir Safi said while talking to journalists on Friday that the preparations were finalised for administering polio vaccine to 234,000 children below the age of five years, for which 944 teams were formed. He said about 70 percent children in Bajaur remained deprived of vaccination due to boycott of the Khassadar and Levies personnel. He said some cases of polio appeared in Bajaur recently and many others have been exposed to the crippling disease after missing the vaccination.

To a question, the agency surgeon said the law and order situation in Bajaur is much better than earlier and the situation is further improving with the passage of time. He said another vaccination campaign will be launched in the district on 24 April for which preparations have already been kicked off.

Dr Wazir Safi said there are very few people who are not cooperating with the vaccination teams, and most of people cooperate with them and are willing to administer polio drops to their children to save them from the crippling disease. He said the situation may go worse if the vaccination campaigns faced security-related issues. He said if the children continued missing the polio drops then it will become difficult to achieve the target of polio-free Pakistan.

Recently, seven officials of the anti-immunisation campaign in Bajaur were removed from their posts over charges of negligence which resulted into emergence of three cases in the tribal district. Investigations proved that polio cases emerged in Bajaur due to refusal of several parents to administer polio drops to their children.