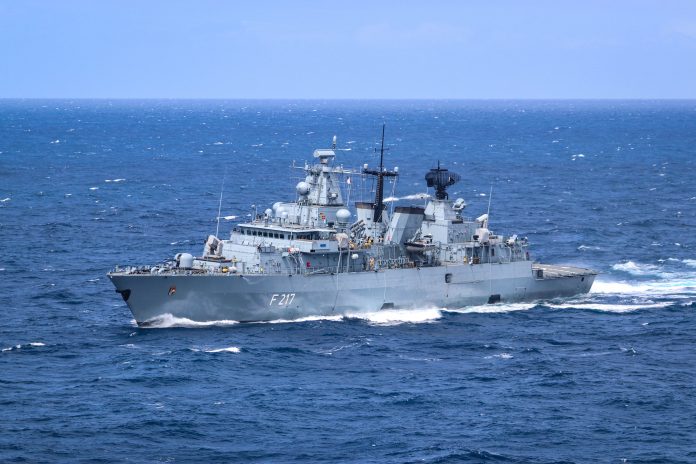 PESHAWAR: On the occasion of the 70th anniversary of German-Pakistani bilateral relations, the frigate Bayern is visiting Karachi from September 08 to 12.

The partnership visit takes place within the framework of the German Navy’s Indo-Pacific Deployment 2021. During its mission, the frigate is scheduled to call at several ports – Karachi being the first one in the region, says a press release

Ambassador Bernhard Schlagheck said: “The visit of the Bayern – roughly one month after the PNS Zulfiqar berthed in the port of Hamburg – is not only a visible sign of the increased importance of the Indo-Pacific for Germany but it also clearly reflects the multifaceted German-Pakistan relations. It is truly a special event to kick off our celebrations for the 70th anniversary.”

After the arrival in Karachi on Wednesday, the ship’s commanding officer, Commander Tilo Kalski, and Consul General Holger Ziegeler will lay a wreath at Mazar-i-Quaid, paying respect to the founder of Pakistan, Quaid-i-Azam Muhammad Ali Jinnah. On September 10, Chief Minister of Sindh Syed Murad Ali Shah will receive the captain and a delegation from the Bayern for a formal greeting ceremony. After weeks at sea, the crew is also looking forward to discovering the picturesque city life and famous hospitality of its first port of call in Asia.

On August 02, the frigate Bayern left the German port of Wilhelmshaven for Asia. The ship with its crew of over 200 sailors will join in maritime monitoring of the UN sanctions against North Korea, dock at ports in partner countries and take part in multilateral activities.

Earlier, the Navies of Pakistan, Germany and US held a two-day exercise in the Arabian Sea, which concluded on Tuesday.

The exercise was held with an aim of strengthening cooperation and advancing a common vision to ensure peace and stability. Multiple ships from the partner nations, including Pakistan Navy’s PNS Alamgir, the USS Shiloh and the German Navy’s FGS Bayern, operated in close proximity to promote interoperability, share maritime knowledge, and improve maritime domain awareness.