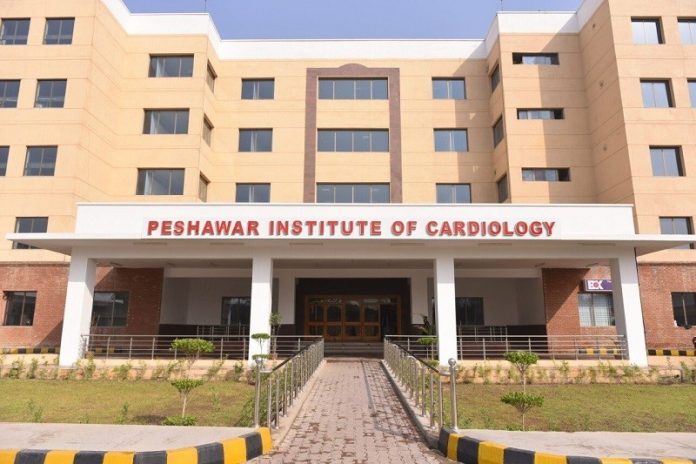 PESHAWAR: The Peshawar Institute of Cardiology (PIC) successfully performed surgeries on 110 children suffering from heart-related diseases during the last two and a half months.

The PIC is the only hospital of cardiology in Khyber Pakhtunkhwa which was inaugurated on December 16, 2020 by Prime Minister Imran Khan. The department for the children’s treatment was made functional in June 2021. However, Media Manager of the institute, Riffat Anjum said that the institute stopped functions for a month owing to some internal developments. She said that the children branch of the PIC was operational for two and a half months.

Riffat Anjum told TNN that more than 700 successful surgeries have been performed since the hospital was inaugurated eight months ago. She said the PIC has also carried out surgeries of newborn babies and those aged up to 16 years. She said surgeries of 13 patients, including three children, from Afghanistan were also performed in the PIC.

Riffat Anjum said the people of KP would go to Punjab before the PIC was established to treat the patients with heart-related diseases and the treatment was costly for them. Families of the patients would also face cultural and language barriers while going through the treatment in Punjab.

“The hospital not only provided a peaceful environment but the doctors are also cooperative,” she said, adding that the administration was friendly and cooperative that is why it has achieved such success in a short time.

Riffat said that all these surgeries were performed free under the Sehat Insaf Card (SIC). She added that 2,200 patients were provided health facilities in the emergency unit. And around 17,000 patients, including 300 Afghan patients, were checked by heart specialists in the eight-month period.

The ratio of patients with heart-related diseases was highest (25 percent) in the settled districts, followed by Mardan (10 percent). In the merged districts, the ratio of heart-related patients was 4.4 percent, while Orakzai has the lowest ratio at 0.5 percent. Patients under the age of 15 years were 4.38 percent, while those ranging from 56-65 years were 27 percent.

Anwar Khan, who had brought his 60-year-old father with heart ailment, told TNN that his father had heart pain two days ago and was referred to PIC where he was receiving treatment. He said that he was satisfied with the treatment and behaviour of doctors at the hospital.

Anwar said that the Sehat Insaf Card has given him the bonus of not worrying about the money. He said that he ran a small shop in Mardan where he hardly earns bread and butter for his family and the current situation of his father would have affected him badly if the SIC facility was not provided by the KP government.