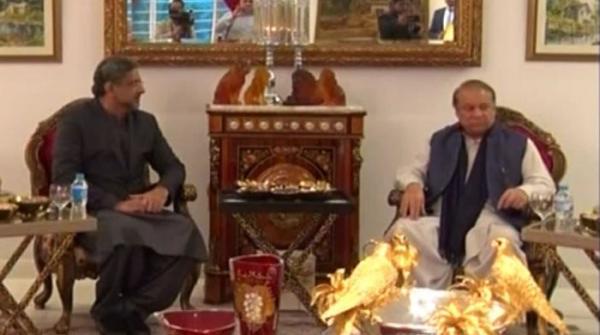 The prime minister met Nawaz Sharif at his Jati Umra residence on Thursday to discuss FATA reforms and other national issues. Sources said the two leaders agreed to remove reservations of Fazlur Rehman and other leaders on reforms in the tribal areas and also enhance contacts with parliamentary leaders in this regard.

Mr Sharif said a bid decision about FATA will be made soon, therefore, all the stakeholders should be on board. He asked Mr Abbasi to complete the task with consensus.

The ex-premier also said that Parliament must be strengthened to strengthen democracy. He said the PML-N will go to any extent to ensure supremacy of the Parliament.

Meanwhile, the prime minister’s adviser Musadiq Malik said reforms will be implemented in FATA within few days, therefore, all the parties should show some patience.

Talking to a private news channel, Musadiq Malik said it was the present government which which brought this idea of changing this stale 70 years old system in FATA. He said the government wants to take all stakeholders, particularly the parties active in FATA, on board before making a final decision on reforms.