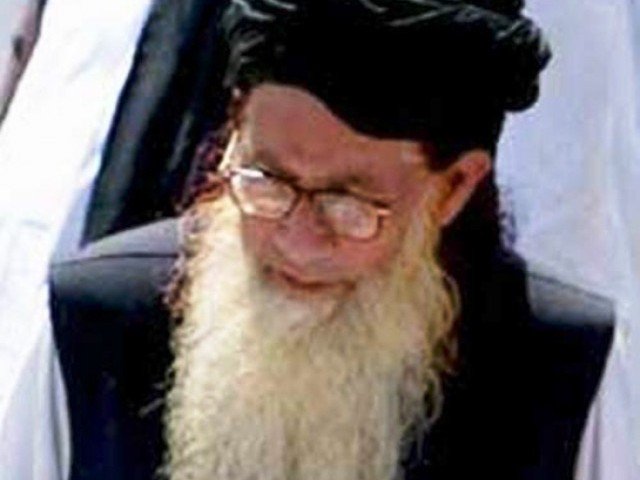 PESHAWAR: Leader of the banned Tehreek Nifaz-e-Shariat Mohammadi (TNSM) Sufi Mohammad said on Friday that it is prohibited (haram) in Islam to fight against the Pakistan Army.

In an interview to a news channel, he said the Tehreek-e-Taliban posses all signs of being apostates and the only punishment that TTP chief Mullah Fazlullah deserves was the death penalty.

He added the country would have been divided if it was not for the Army and the soldiers were like Mujahideen (holy warriors).

Sufi Mohammad, elaborating on the activities of the TTP further, said it is strictly prohibited in the religion to kill woman and children, and those responsible for the APS massacre are worse than infidels.