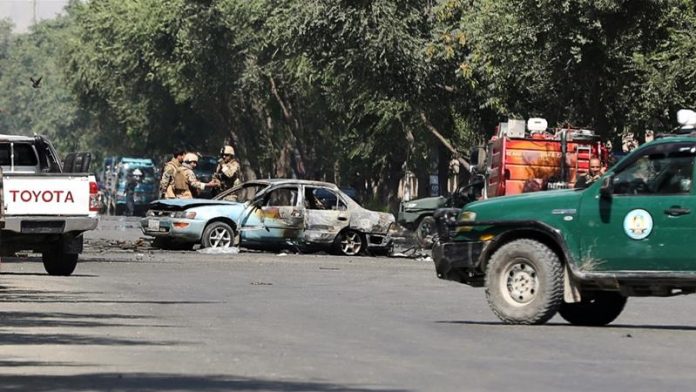 PESHAWAR: At least eight people were killed in a blast near the Kabul University in the Police District 3 of the Afghan capital on Friday morning.

The blast happened at around 7:00am in front of the Kabul University’s southern gate where a large number of students were present for exams. The university building also houses several hostels where many students stay over the summer to attend classes and conduct research in various disciplines.

At least 27 people were wounded in the explosion, the government said. A spokesman for Ministry of Public Health said the death toll in the explosion climbed to eight and it is feared that the toll might rise further as some of the injured were in critical condition.

There has been no immediate claim of responsibility for the blast outside the university. The Taliban militants often deny involvement in blasts at public places which cause civilian casualties.

The attacks in Afghanistan are happening despite ongoing peace talks among different stakeholders. Participants of the talks have termed the ongoing peace process the most fruitful so far. The main demand of the US is declaration of ceasefire by the Taliban militants, while the insurgents seek complete withdrawal of foreign forces from Afghanistan.

Few days ago, intra-Afghan talks were held in Doha, Qatar, in which a large number of Afghan leaders and representatives of Taliban participated. Participants of the talks agreed to reduce civilian casualties to zero amid the rising death toll in the war-torn country. However, attacks across Afghanistan are continuing despite the ongoing peace talks. The civilian casualties make the matters even worse for the negotiators.

The government has not put blame of Friday’s attack on anyone so far. However, such incidents spoil the hard work of peace negotiators who are working their heart out to finally clinch a deal to bring lasting peace to Afghanistan.