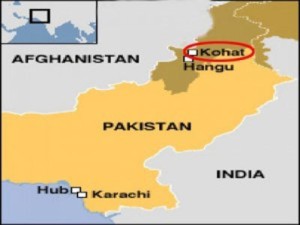 KOHAT, August 11: A non-government social welfare organisation, Haiwad, has distributed food and medicines for livestock among 80 families who have been displaced from Orakzai Agency to Kohat district.

A ceremony was held in Zara Mela village on 10 August. The displaced families of Orakzai, Kurram and Khyber Agency were provided medicines and food for livestock donated by the Norwegian Refugees Council.

Talking to TNN, one of the beneficiaries thanked the Haiwad and NRC for providing them various items and facilitating them.

“We have been displaced from Orakzai Agency and living in Kohat for the last five years. Such welfare activities held us much,” he added.