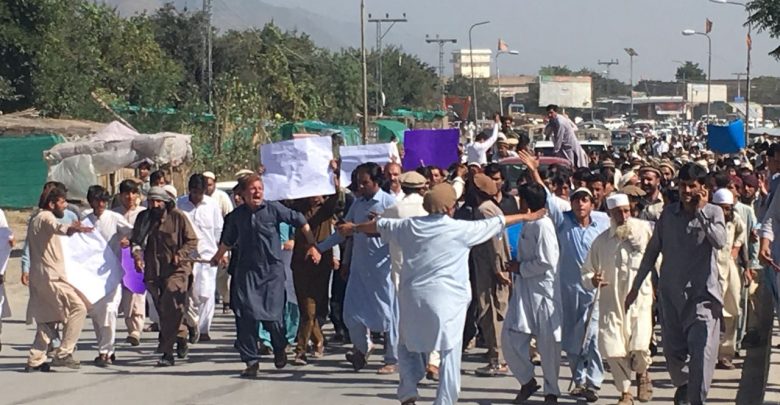 PARACHINAR: An 80-year old person who was arrested under collective responsibility clause of the abolished Frontier Crimes Regulation died inside lock up in Kurram.

The news of his death infuriated his tribesmen who placed body of the deceased identified as Haji Gulbat Khan outside deputy commissioner’s office and staged a protest.

The protesters claimed that when FCR was intact, arrest of 80 year old persons were not allowed while he was arrested after the draconian regulation (FCR) has already been abolished.

He was arrested after a dispute over a lease mines and minerals between Haji Khel and Gandao subtribes of Chamkani tribe started, said Umer Siddiq, a relative of the deceased.

He said that people from the Gandao tribe were also arrested but released immediately while the administration did not release people of Haji Khel tribe.

“Gulbat Khan was a heart patient whose condition had deteriorated two days and the DC was requested to shift him to a hospital,” Siddiq said, adding that their requests were fallen on DC’s deaf ears.

Addressing the protesters, former senator Rasheed Ahmad said that FCR has been abolished but the district administration is still arresting people under the abolished regulations.

The protesters alleged that the DC Baseer Khan Wazir wanted to give contract of the mines to his blue-eyed contractor Khaliq Noor but elders of Haji Khel tribe was unwilling.

To pressurize them, he arrested several elders including the deceased who died in custody. The protesters demanded of Governor Khyber Pakhtunkhwa Shah Farman to take notice of the death and arrest the DC for misusing his authority.