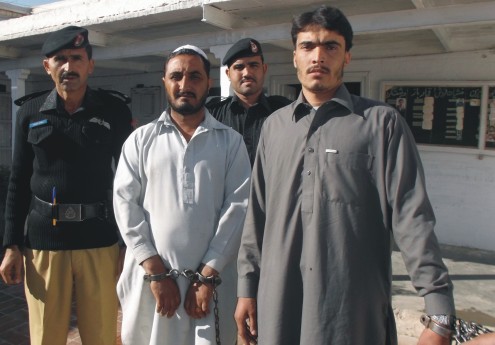 KOHAT, November 15: The police in Kohat district have arrested two people and recovered 80kgs charas (hashish) from a passenger coach.

The personnel of Cantonment Police Station say that they seized hashish from the vehicle which had left Orakzai Agency.

One of the arrested persons belongs to Lakki Marwat district whilst the other hails from Bara tehsil of Khyber Agency.

In a similar incident two days ago, the police arrested a man and seized almost 60kg charas during raid in Kohat.