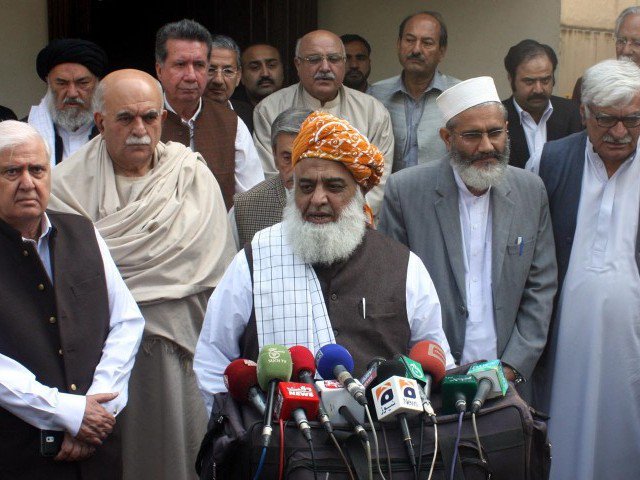 PESHAWAR: The government has decided to enhance the security of heads of the mainstream political parties after terrorist attack on the Awami National Party (ANP) corner meeting in Peshawar on Tuesday night in which the ANP leader Haroon Bilour along with 20 other party activists were martyred.

The decision was taken at a meeting of the Interior Ministry on Wednesday. The meeting was chaired by the federal interior secretary and was attended by provincial chief secretaries and home secretaries, and inspector generals of police through video conference.

The meeting discussed the security threat alert for the heads of political parties issued by the National Counter Terrorism Authority (Nacta) and reviewed various proposals in this regard. Information about threat to various leaders was shared with relevant agencies and provincial governments.

It was also decided in the meeting to provide security to foreign election observers and the people working on the China-Pakistan Economic Corridor (CPEC).